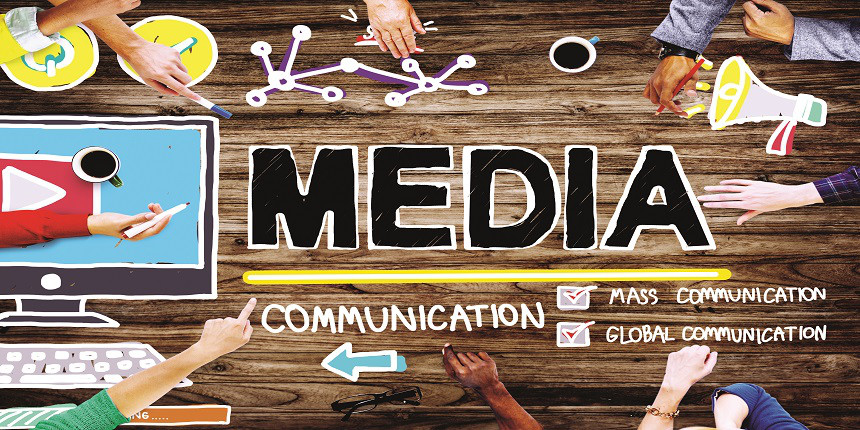 NEW DELHI: This June, a weekly broadsheet launched by a television channel folded after running for just a few months. Next month, a channel went off air after a similarly brief run. In September, a business news channel shut down after 11 years on air. In October, a daily launched 14 years ago shut its print edition. Newspapers have shut entire editions and departments.

The year has been a punishing one for news media businesses. With each closure, journalism jobs have been culled. However, like every year, thousands of budding journalists are waiting in the wings across mass communication colleges. For standalone institutions not run by existing publications, the situation is gloomier still.

Careers360 visited some of the leading mass communication colleges to understand how they and their students are preparing for the changes.

The ‘stagnation phase’
Anand Pradhan, senior faculty member at the Indian Institute of Mass Communication, Delhi, admitted that this is a period of churning. “The whole industry is changing rapidly and ... the jobs that existed a few years ago are now shrinking, the role of journalists is also getting diversified, it is no more just restricted to reporting,” said Pradhan. “Almost all media houses have their own journalism schools. Another problem that we are witnessing is that some of the media houses have stopped hiring freshers.”
GR Syed of AJK Mass Communication Research Centre at Jamia Millia Islamia University, Delhi, sees the present lull in recruitment as a temporary “consolidation phase” of the industry. “The field of mass communication saw a boom, now it has reached the stagnation phase and we see many of the media houses closing down,” he said. “We see it everywhere, even in leading publications or production houses.…The problem is there and everybody has to see that the future of children who take admission in our institutions should not get jeopardised.”The changes are also forcing journalism programmes to evolve. Syed hopes it will ultimately improve the quality of mass communication graduates.

New skills and platforms
In addition to preparing students for the basic requirements of the sector, leading journalism schools are also imparting skills in entrepreneurship, mobile journalism, research and data journalism. Students are being trained to embrace careers in blogging or podcasting. They are also being encouraged to strike out on their own.

“We have introduced entrepreneurship and mobile journalism as part of the curriculum,” said Pradhan. “In the entrepreneurship part, we teach how a company can be formed, how to run it, how to mobilise the revenue for it, what should be the organisational structure. We want to encourage students to plan some kind of start-up while they are here at the campus and we will provide all sorts of support.”

Syed added that Jamia centre also encourages entrepreneurship “so that when students go out in the field, they don’t just earn for themselves but create jobs for others.”
Students aren’t holding out for jobs in the legacy media either. “We know that some publications have closed or are cutting down their staff sizes but many new ones are also coming up in the digital space,” said Noopur, a student of English journalism at IIMC. “Some start-ups also give opportunities to newcomers, which is difficult in big media houses. I am planning to get into digital media.”

The term “digital media” does not simply imply traditional reportage delivered online but also telling new stories in a new way. Advances in technology have facilitated such innovation and also made it cheaper. “In past five-six years, jobs have come from the digital field, so we also tell our students to look for web journalism and not just print or TV,” said Pradhan. “We want them to prepare for platform-agnostic journalism so that they are ready for anything like a video blog or podcasting. Mobile journalism is a key focus area.”
Students have caught on. Abhishek Lohia, another student of Hindi journalism at IIMC, pointed out that services like YouTube – an online video-sharing platform – have presented new opportunities. “Students can go into scriptwriting, film-making or even vlogging,” he said.

Practical training
New batches of workshops and courses are being introduced. Pradhan said that workshops are organised with the staff of a traditional television channel that now primarily employs mobile phones. “Students learn shooting with mobile phones, doing voice-overs, editing and uploading stories,” he said.
Prompted by the increased interest in data journalism, IIMC has invited data teams and editors from newspapers to hold workshops for students.

Students are counting on this broad-spectrum training to help them find their feet in any medium.
Anam Javed, student of development communication at Jamia, said she would rather “work in the field” than hold down a job with fixed hours. “If the newspaper industry is going through a difficult time, this impacts everyone,” she said. “But we also learn working for a social cause, media interventions and making documentaries. Everything is included and this will help us get work.”

Most students at Bharatiya Vidya Bhavan, Delhi, already do, said its student Rohit Taneja, although the institute does not organise placements. “The focus is more on practical aspects even if we do not get a job, we will do something at our own level,” he said.

“We know that people can be replaced easily but many of our seniors have been placed in good organisations and studios,” said Aditya Gautam, student at the Jamia’s AJK Mass Communication Research Centre. “Even in our batch there is a lot of competition, we know that everyone will not get good placement so we are focusing on improving our skills and that is what will decide where and what kind of job we will get.”

But a job in “core journalism” is still top priority. “As we are students of core journalism, we would first look for jobs in journalism,” said Lohia. “But options there have shrunk and the salary structure is also low while competition is really stiff.”