Mixed reactions to ‘tenure track system’ of appointments at IITs 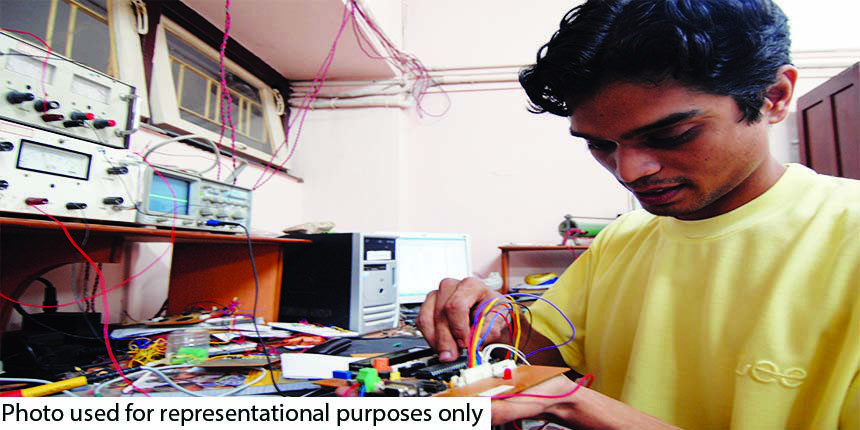 NEW DELHI, OCTOBER 10: The Council of Indian Institutes of Technology or IIT Council’s decision to adopt a “tenure track system” for appointing faculty has caused disquiet among some research scholars.

At present, a new recruit’s position is confirmed after a year. In the reformed system, new entrants will spend the first five years of their career on probation. While research scholars concede a year-long probation is too short a period to assess the work done by new faculty members, they find five years too long as they will remain insecure about their jobs. Most agreed a probation period of two-three years is enough.

The M.Tech programme is in for an overhaul too. The 900% fee hike for the programme, which will be implemented from 2020, had also incited protest. The IITs hope the fee-hike will deter students who joined and stayed in the programme only till they secured jobs. For those who still join the M.Tech classes, efforts will be made to link them to industry-sponsored programmes or secure them teacher-assistantships.

“Checkpoints are required to understand the kind of work a student is engaged in. However, I feel that a period of three years is enough, not five", said a research scholar at the Indian Institute of Science (IISc), Bangalore, requesting not to be named. The institute too has a probationary period of five years. Its research scholars are appointed as assistant professors and then promoted to the confirmed position of associate professors after five years. The IITs are likely to replicate this system.

Nimesh Joseph, a research scholar in IIT Delhi, agreed that checkpoints are required but argued that there should be ones for senior professors as well.

“It is true that many people quit on getting a job. But it is happening everywhere. It is not just with young professors,” he said. “Such assessments should be applicable for senior professors as well, and it should be a continuous process.” He further says that the system should not keep new recruits insecure for so long. “That should not create the challenging situation [in which you] have a job but [are] not sure," added Joseph.

However, there are others who are pleased with the change or are unperturbed by it. As Vikrant Kumar Srivastav, a research scholar at IIT Guwahati, put it: “There must be checks before a candidate gets his confirmation. These days getting a job is tough. As long as I have a job, duration [of probation] does not matter to me.”

The IIT authorities have broadly supported the changes. “Everyone is doing the basic minimum required and then going into the next stage,” said an IIT Council member asking not to be named. “In the process, nobody can pressurize anyone and that is [why] the current system …is underperforming. What the ministry is asking us to [do is to] evaluate fresh joiners after five and a half years. That is a long enough period to understand how a person is performing and what they are able to do and all of that. So after five and a half years, you confirm them into the next position, that is an associate professor. So an assistant professor will be on a contract basis and after five and a half years, you give them a promotion and confirm them.”

The Ministry of Human Resource Development has plans to next introduce it in the central universities, as reported in ‘The Hindu’ dated 5th October. It is already mentioned in the draft National Education Policy which recommends that all institutions adopt it by 2030.

The council-member said that the IITs are already in the process of restructuring the M.Tech programme. “I would say in the next one to three years it will become very different in the IITs,” he said. Although the fees are increasing, the IITs will offer teacher-assistantships to M.Tech students or connect them to the industry. Students will be attached “either to the teaching assistant category or …to an industry-job”. All the fee-waiver policies that exist for B.Tech students will also apply. The council-member added that the IITs have had to shut down certain M.Tech programmes because students left in the middle and that the drop-out rate “ranges between 10 percent to 75 percent”.

The number of TA-ships available will depend on the requirement of each department. This is being worked out by the individual IITs. “The TAs will be associated with faculty in conducting laboratories, tutorials etc., participating in academic activities under the supervision of a faculty member,” he added.