NATA 2020 result for first test delayed; to be announced today 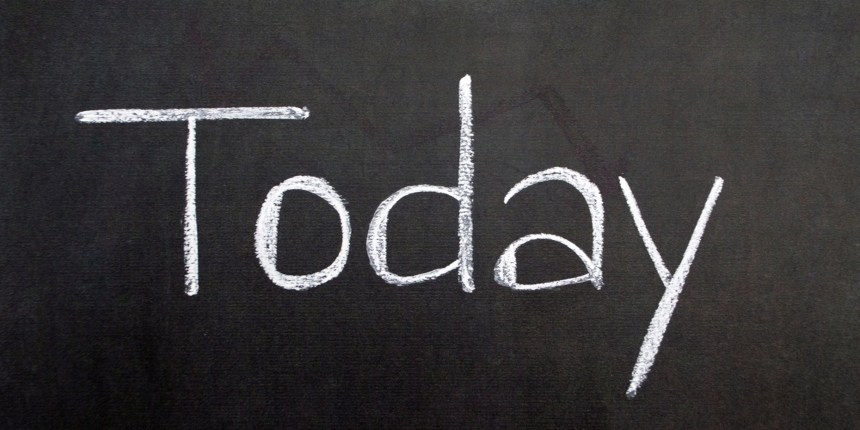 NEW DELHI: The Council of Architecture (CoA) has postponed the announcement of NATA result 2020 to September 4 for the first attempt. Candidates will be able to access the same through NATA result website at nata.in. The authorities have also announced that the last date of NATA 2020 registrations for the second attempt is also extended till September 6 (upto 12 noon).

To check their result, candidates will have to open NATA login website and provide their application number and password. After login, there will be a section for the NATA 2020 result containing details of the score obtained in the first attempt. 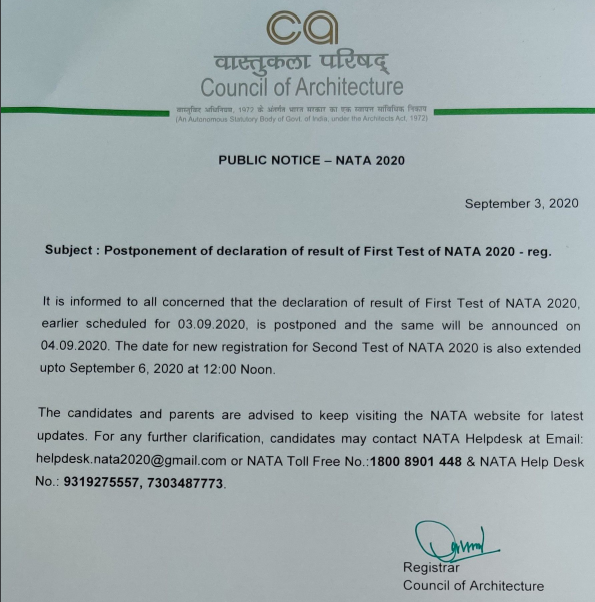 Initially as per the official schedule, the result of NATA 2020 was scheduled to be announced on September 3 for the first test, but no update was available for the entire day. The notice of postponement was provided late at night on the NATA result website informing the postponement to September 4.

In case of any discrepancy, candidates may contact the officials through NATA helpline: