The NMC Bill: Dawn of a new medical sector? 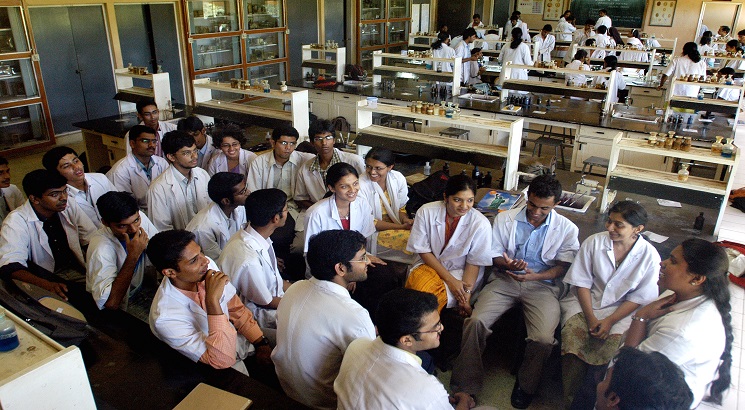 NEW DELHI, JULY 23: In the last leg of run up to General Election in 2019, the Government of India is taking various reform measures across sectors with one big-ticket reform likely in the medical education field. The Government is preparing to introduce the amended National Medical Commission (NMC) Bill in the ongoing Monsoon session of the Parliament. As per reports, the Government has incorporated many changes suggested by various associations of health-care professionals.

Many stakeholders, however, are still sceptical on the proposed changes to the bill. Careers360 received a mixed response from stakeholders on the NMC Bill, as a large section still feels that the Bill in its present form will only pave way for widespread corruption and commercialisation of medical education in the country. On the other hand, a source close to the development in the Ministry of Health and Family Welfare (MOHFW) said that the Health Ministry is working closely with other ministries and the Prime Minister’s Office is equally involved in the process to ally concerns of the medical fraternity by bringing requisite changes before the Bill is tabled in the Parliament.

The Indian Medical Association (IMA) has been at the forefront of protest since the Bill was introduced last year. The IMA is claiming that the Bill will lead to privatisation of education and would also increase the cost of education as well as health care. According to IMA, the proposed changes will allow all types of alternative medicine practitioners to prescribe modern drugs without any fear of punishment.

Though the Government is claiming that it has considered all the demands made by the Association, the doctor's body is in no mood to allow the Bill to get through. For this, IMA has also sought support from opposition political parties.

Dr. K. K. Aggarwal Immediate Past President, IMA said, “There were various important recommendations made by the medical fraternity. The IMA also gave its recommendations which were important for medical sector, but the Bill did not completely take these recommendations. This resulted in rejection of the Bill as it would not serve any purpose.”

The Union Cabinet, which cleared the amendments, had removed one of the controversial provision that allowed for a bridge course for Ayush doctors to prescribe allopathic medicines. The decision in this regard has been left to the respective state governments.

The doctors were also concerned as the new body replacing MCI had a lesser representation of states. It demanded that the representation of States and UTs be increased from 3 members to 10 members. In the similar manner, it also demanded increase in number of elected representatives from 5 to 10 to get considerable presence of professionals in the body.

Responding to the demands from States, the nominees of States and UTs in the NMC have been increased from 3 to 6. The NMC will also comprise 25 members of which at least 21 will be doctors.

The other side of the coin
One section of the medical experts are in favour of the Bill and demand the Government not to come under any undue pressure. The amended Bill empowers the Government to regulate the fee of 50% seats in private medical institutions and deemed universities. Further, it has been clarified that the fee would also include all other charges taken by the colleges.

It is being argued that with fee regulation, students from poor and middle class will also be able to get admission in these institutions which was otherwise impossible. The Bill would also allow students who have done their MBBS from foreign countries a better opportunity to come back and work in the country.

The MOHFW official added that the 'Exit test' as prescribed earlier was meant for all MBBS students who wanted to practice Allopathy in the country. It was an important step to improve the quality of medical professionals by assessing their preparedness to practice. This test was also for the students who have completed their MBBS course outside India thus creating a level playing field.

India is at the bottom when it comes to public spending on medical sector with the public health expenditure in the country remaining around 1.3% (approx.) of the GDP in the period of 2008-2015. It increased slightly to 1.4% in 2016-17, much below the world average of 6%.

When it comes to medical education, India has the highest number of medical colleges in the world. Still, one cannot deny the fact that over-regulation of the sector created scope for corruption and even people sitting at the top positions of the apex regulatory body were caught taking the bribe. There has been a clamour to change various provisions of the MCI as the healthcare has seen tremendous transformation, thus making MCI's provisions old and irrelevant.

Prof M C Misra, former Director AIIMS, New Delhi said, “The NMC Bill should take into account the present challenges being faced by the medical education sector, otherwise it will fail to serve its purpose. It should not stifle the medical colleges but at the same time should ensure the quality of education. Due to strict rules and regulations of the MCI, there were quality checks in place and the NMC Bill needs to keep those provisions intact to ensure the quality.

“The NMC Bill is good as there were some elements in the MCI regulations which were not favourable for the medical colleges in present time a lot of developments have taken place in the sector thus it is high time to revise them and bring in new practices,” he added.

What is the NMC Bill, will it get through?

The NMC Bill 2017 which was first tabled in the Parliament in December last year intends to make Indian medical education world class. Some of the key provisions of the Bill include replacing the existing Medical Council of India (MCI), the medical education regulatory body with a new body. The Bill also proposes for an exit licensure-cum-PG entrance exam like National Exit Test (NEXT). It also provisions for a bridge course for AYUSH practitioners to prescribe modern medicine. One of the major contentious areas in the Bill is the provision to allow private medical colleges to charge the fee as per their wish for 60% seats with freedom to increase the number of UG/PG seats without much restriction.

The Bill created huge uproar all over the country with bodies like the Indian Medical Association (IMA) voicing strong reservations against the Bill. Following strong opposition, the Government referred the Bill to the Parliamentary Standing Committee (PSC) headed by Prof Ram Gopal Yadav. The Committee deliberated with representatives from academia, professionals as well as experts and tabled its report before the government in March this year.

Considering recommendation of the Parliamentary Committee, Government amended the Bill and incorporated changes like doing away with a separate ‘Exit Exam’, removing provision of Bridge course for AYUSH practitioners to practice modern medicine, etc.

It is, however, yet to be seen how the government get the Bill passed in its present form as it has required numbers in Lower house but not in the Upper House.

The IMA, on the other hand, has also threatened to intensify its protest and has called on all its members to oppose the Bill in every manner possible.

Monetary penalty for a medical college non-compliant with the norms replaced with provision for different penalty options:
Another major concern gathered during the discussion with stakeholders was the wide range of monetary penalty, ranging from one half to ten times the annual fee recovered from a batch, to be imposed in a graded manner on a medical college non-compliant with the norms. The clause has been replaced with a provision which provides different options for the warning, reasonable monetary penalty, reducing intake, stoppage of admission leading up to the withdrawal of recognition.

The punishment for any unauthorized practice of medicine has been made severe by including a provision for the imprisonment of up to one year along with a fine extending up to Rs. 5 lakhs.