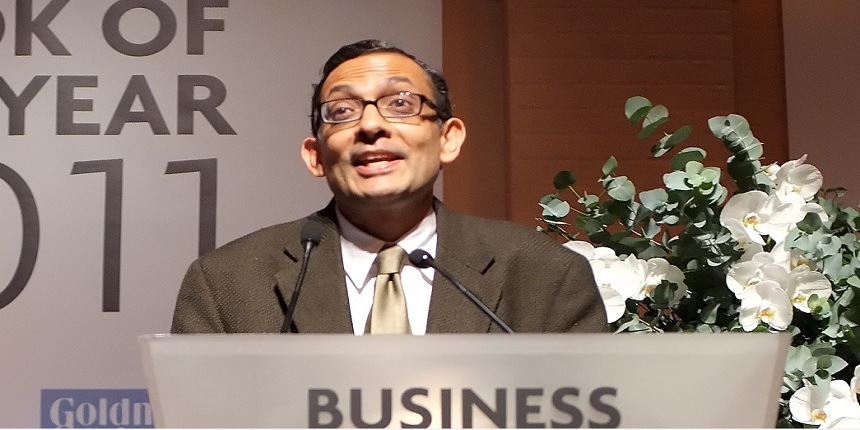 Abhijit Vinayak Banerjee is currently the Ford Foundation International Professor of Economics at Massachusetts Institute of Technology (MIT). He is a co-founder of the Abdul Latif Jameel Poverty Action Lab along with economists Esther Duflo and Sendhil Mullainathan. Esther Duflo from Paris is the director of the Centre for Economic and Policy Research, MIT.

Banerjee is the second Indian after Amartya Sen to win a Nobel for Economics.

The third recipient, Michael Kremer is Gates Professor of Developing Societies in the Department of Economics at Harvard University. Kremer is also a fellow of the American Academy of Arts and Sciences.

The other winners of the 2019 Nobel Prize are:

The Nobel Prize in physics has been jointly awarded to three scientists “for contributions to our understanding of the evolution of the universe and Earth’s place in the cosmos”.

Swiss physicists, Didier Queloz, 53, and Michel Gustave Édouard Mayor, 77, from University of Geneva, have won “for the discovery of an exoplanet orbiting a solar-type star. Mayor is professor emeritus at the University of Geneva, Switzerland, and Queloz is associated with both University of Geneva, Switzerland and University of Cambridge, United Kingdom. In 1995, the they together discovered 51 Pegasi b, the first extrasolar planet orbiting a sun-like star. “This year’s Nobel Laureates have contributed to answering fundamental questions about human existence. What happened in the early infancy of the universe and what happened next? Could there be other planets out there, orbiting other suns?” said the Nobel official website.

The Nobel Prize in chemistry has been jointly awarded to John Goodenough, M. Stanley Whittingham and Akira Yoshino “for the development of lithium-ion batteries”, says the Nobel Citation. As per the citation, through their work, they have created the right conditions for a wireless and fossil fuel-free society, and so brought the greatest benefit to humankind, the official release says.

Lithium-ion batteries are used globally to power portable electronic gadgets, including mobile phones. They have also enabled the development of long-range electric cars and the storage of energy from renewable sources, such as solar and wind power.

As per the official release, born in 1941, Stanley Whittingham, of Binghamton University, United States, worked on developing methods that could lead to fossil fuel-free energy technologies in the early 1970s.

Another recipient, John Goodenough, 97, currently living in Weimar is the oldest Nobel laureate in history. He predicted that the cathode would have even greater potential if it was made using a metal oxide instead of metal sulphide. After a systematic search, in 1980 he demonstrated that cobalt oxide with intercalated lithium ions can produce as much as four volts. This was an important breakthrough and would lead to much more powerful batteries.

With Goodenough’s cathode as basis, Akira Yoshino, 71 and the third recipient, created the first commercially viable lithium-ion battery in 1985. Rather than using reactive lithium in the anode, he used petroleum coke. The result was a lightweight, hard-wearing battery that could be charged hundreds of times before its performance deteriorated. He is now Honorary Fellow at Asahi Kasei Corporation, Tokyo, Japan, and professor at Meijo University, Nagoya, Japan.

In 2019 Nobel Prize for medicine or physiology has been won by William G. Kaelin, Jr., Sir Peter J. Ratcliffe and Gregg L. Semenza. “They established the basis for our understanding of how oxygen levels affect cellular metabolism and physiological function. Their discoveries have also paved the way for promising new strategies to fight anaemia, cancer and many other diseases,” says the press statement.

Austrian novelist, playwright and film director Peter Handke, 76, has won the 2019 Nobel for literature. As per the citation, he has been awarded "for an influential work that with linguistic ingenuity has explored the periphery and the specificity of human experience."

The Nobel Prize in Literature for 2018 announced this year has gone to Polish author Olga Tokarczuk, 57, for a “narrative imagination that with encyclopedic passion represents the crossing of boundaries as a form of life” The Nobel Prize for 2018 was postponed over a scandal involving the husband of an academy member. Nawoja is a writer, activist, and public intellectual. In 2018, she won the Man Booker International Prize for her novel ‘Flights’.