Only six ragging cases in medical colleges in 2019-20 : Health Ministry 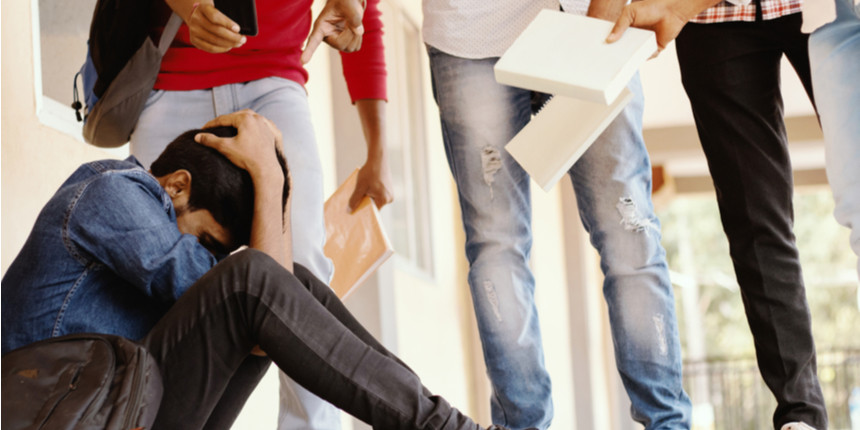 NEW DELHI: Over the past five years, the Ministry of Health and Family Welfare has received just 73 cases of ragging from the medical colleges across India, it told Parliament.

In a written response to a query, Ashwini Kumar Choubey, minister of the state of MoH&FW, shared the status of ragging cases received year-wise with Parliament in December 2019. Interestingly, only six cases were recorded by the Medical Council of India (MCI) in 2019-20 session by then. The most cases, 25, were registered in 2017-18.

According to the NGO- Aman Movement, between 2015 and 2019, a total of 682 ragging cases were reported by different medical colleges in India. Since 2012, Aman Movement is responsible for running the national anti-ragging helpline for the higher education regulator, University Grants Commission (UGC).

The helpline receives calls from the aggrieved and forwards the complaints to the concerned college administration and assists in registering police complaints, if required.

Medical colleges from Uttar Pradesh reported 126 ragging incidents followed by Madhya Pradesh and West Bengal where 59 and 54 cases were reported in the last 5 years, respectively. 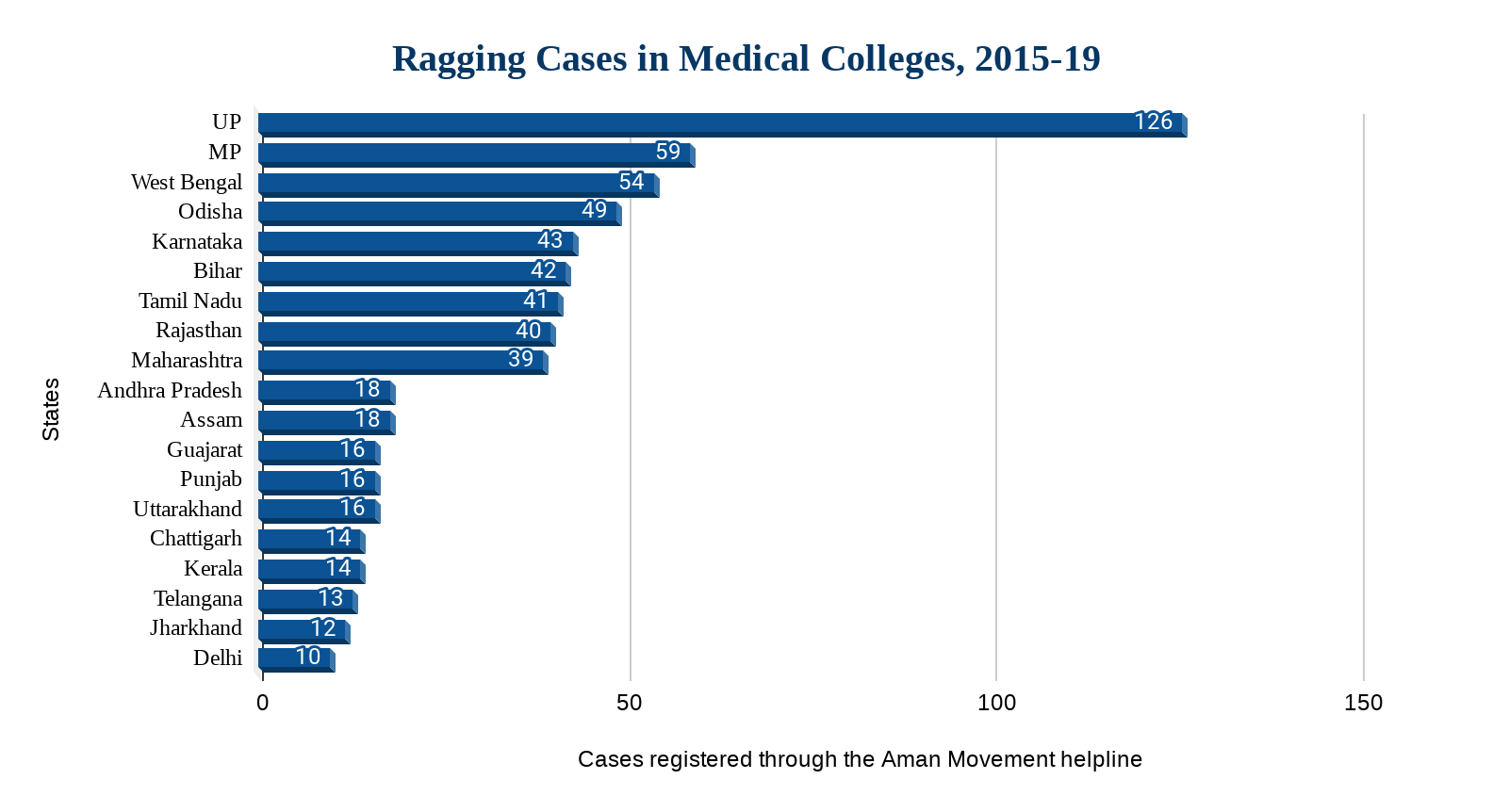 Rajendra Kachroo, the founder of NGO Aman Movement said: “The Medical Council of India is not the right authority, the right authority to comment on it is the UGC. Every child in this country is asked to call the UGC call centre rather than MCI. We resolve the cases (received on UGC helpline) with the colleges. Only a small proportion of those calls which are not resolvable between the students and the college are escalated to MCI. Almost 80% of the cases are resolved through the UGC contact centre.” He also argued that the MCI is not proactive enough in tackling the problem.

“Most of the ragging cases are reported from technical (engineering) and medical colleges for which the All India Council for Technical Education (AICTE) and MCI maintain records,” explained Meera Patel, a lawyer. “But they show only the tip of the ice-berg. A lot of these cases are resolved through the helpline number or at the college level which should ideally be taken into account too.”

The data presented by the ministry shows a wide gap in the number of cases registered. Gaurav Singhal of Society against Violence in Education (SAVE) explained: “There are several serious cases which do not get reported through the helpline. Those are directly reported to the police.” There are several cases which are picked up from the media reports as well. Singhal said: “ We take cognisance of the media reports, especially those in the local language newspapers. English newspapers do not report such cases.”

This year, 15 cases have already been registered through the helpline but there are likely to be more reported directly to the police. “The helpline does report hundreds of cases but it does not reflect the actual number of complaints because we do not have access to the data of the cases which are reported in police stations,” Singhal added.

In other cases, victims directly report to college principals and these are resolved internally. Singhal further said that college administrations often discourage students from reporting the matter on the anti-ragging helpline. In consequence, these do not make it to the mainstream database.”

As per the data collected by the NGO, the proportion of complaints from the medical colleges is high as compared to other disciplines.