Quality of education has improved in Gujrat as more students take admissions in government schools. 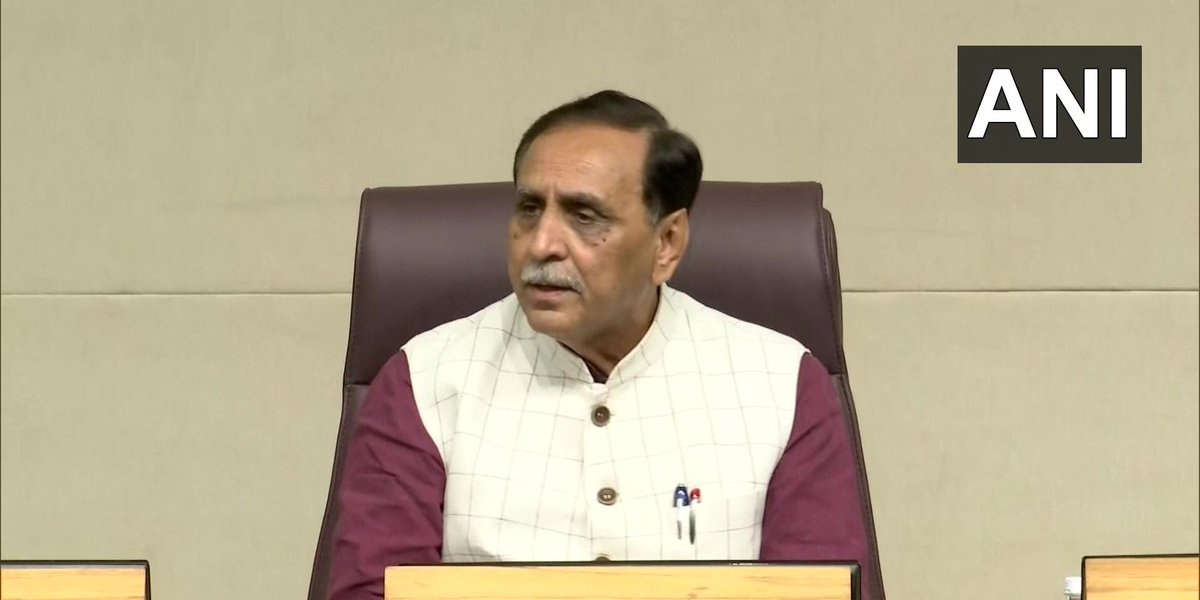 NEW DELHI: Gujarat Chief Minister Vijay Rupani on Sunday said the quality of education in government schools in the state is improving and more over three lakh students from private schools have taken admissions in the state-run educational institutions in five years since he took charge of the top post.

At an event to mark the completion of his five years in office, Rupani said he was carrying forward the work of Prime Minister Narendra Modi to make Gujarat the "best state". He also said "knowledge economy" would be of great importance in times to come and his government was working towards modernisation of the education and improving its quality.

Rupani became the chief minister of Gujarat on August 7, 2016, following the resignation of incumbent Anandiben Patel, and continued in the office after the BJP's victory in the 2017 Assembly elections. To mark the completion of his five years in office, Rupani has launched a nine-day celebration. On Sunday, the state government celebrated the 'Gyanshakti Diwas' as part of the nine-day events. "People in the opposition and those living in the world of advertisements only talk. But, you must listen to the reality that in the last five years, more than three lakh students have left private schools to take admission in government schools," Rupani said at an event of an education sector organised here.

"It means the quality of our schools is improving. We are not doing publicity, but solid work," he said, in an apparent dig at the Aam Aadmi Party (AAP), which had criticised the Gujarat government over the condition of government schools in the state. After the AAP recently issued full-page advertisements in newspapers in Gujarat on schemes of its government in Delhi, Rupani had said the Arvind Kejriwal-led party was more interested in publicity than in implementing welfare schemes.

Further talking about the achievements of his government in the last five years, Rupani said that emphasis has been laid on modernisation of education, with attention on improving its quality and evaluation. "There are around 16,000 smart classes in government schools where the state government has created digital classes to modernise education. More than 30,500 government primary, higher and secondary schools have been connected with the internet.

We are making arrangements to bring global knowledge to the remotest village in Gujarat through broadband connectivity in schools," the CM said. On the occasion, Rupani inaugurated interactive smart classes across 3,659 schools, unveiled plans to create over 15,000 smart classes under the state's 'Gyankunj' project and set up computer labs in 3,000 schools, among other such initiatives in the state.

On the completion of his five years as CM, Rupani said for the state to develop, political stability, strong will-power, honesty and dedication of the leaders are required. Rupani further said Gujarat was fortunate to have (Prime Minister) Narendra Modi as its leader, and he decided to walk on Modi's footsteps when he was entrusted with the responsibility of the state. He said his government will keep interests of the people at the centre of the decision-making process and move forward with honesty and dedication.

"The BJP and its government do what they say. We fulfil promises that we make and also succeed in it. In five years, keeping development at the centre of our focus, we have worked with honesty to fulfil people's dreams," he said. The CM said Modi left a developed and excellent state for him, and his (Rupani's) government will make it the "best state". Rupani said his government has also started working in the direction of implementing the new education policy. "In the coming times, knowledge economy is going to be of great importance. In Gujarat, we understand the economy because we are a state of traders. I am sure that with the work done by us in the education sector in the last five years, Gujarat will dominate in the knowledge economy as well," he said.

He also informed about his government's state-of-the art initiative to monitor exams and the presence and performance of students and teachers in schools through a central command and control centre. Through the control room, senior officials can monitor the implementation of various schemes and initiatives, such as home learning and periodic assessment, which were launched by the state government to improve the quality of education, an official release earlier said.

Rupani also targeted the opposition for its criticism of the nine-day celebrations, and said it has fallen to a level where people dislike it for being "anti-Gujarat". He said as part of these events, his government will unveil development works worth Rs 15,000 crore for the comprehensive development of people.