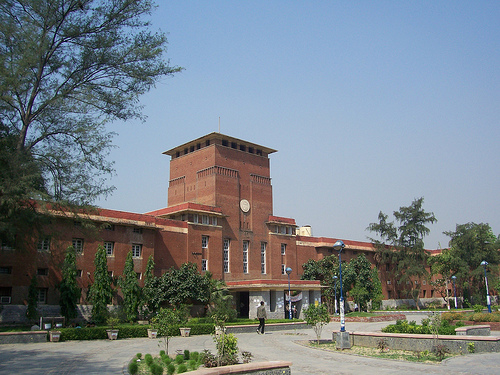 NEW DELHI: The Delhi High Court was informed on Wednesday that Delhi University has declared results of all postgraduate (PG) and undergraduate (UG) regular courses conducted through Open Book Examination (OBE). The submissions were made by the university before a bench of Justices Hima Kohli and Subramonium Prasad in response to the court’s query in an application which alleged that there was violation of the court's earlier order when DU had undertaken to declare all the results by October 31.

Advocate Mohinder Rupal, representing DU, said results of all regular postgraduate and undergraduate courses, conducted through OBE, have been declared. He said this also includes LLB final year results and the mark sheets will be made available on the university’s website within two days.

The petitioner, represented through advocate H S Hora, had stated in the application that DU has violated the October 12 order where under the university itself had undertaken to adhere to the timeline for declaration of DU results of PG and UG courses and the last results had to be declared by October 31. The counsel prayed for making available mark sheets of LLB final year results.

On October 12, the Delhi High Court had also directed the university to upload the mark sheets on its website and that no student should be asked to physically come for collecting them. The application was filed in a disposed matter in which two pleas were filed by law student Prateek Sharma and National Federation of Blind seeking to set up effective mechanisms for visually impaired and specially-abled students so that educational instructions can be transmitted to them properly and teaching material is provided to them through online mode of teaching during the COVID-19 pandemic.

The Delhi High Court had earlier asked DU and its examiners to expedite the evaluation process of online open book examination (OBE) and declare the students' results preferably by the first week of October.