'Student snitches’: IIT Guwahati seeks names of those who protested action against teacher 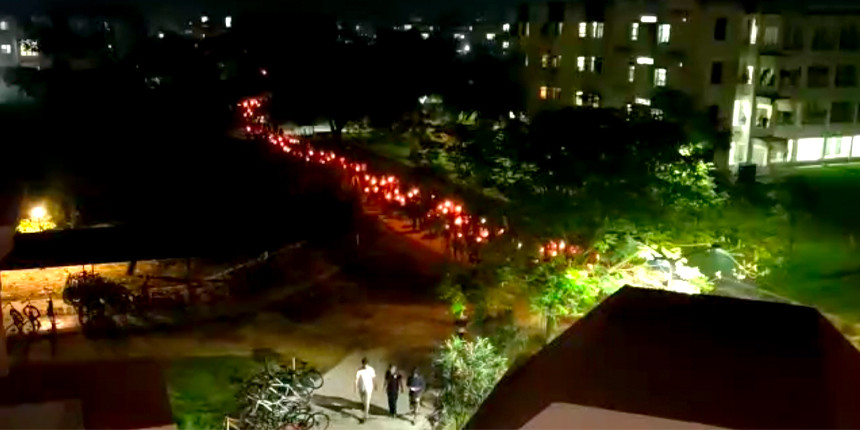 The possibility of a faculty member’s dismissal has led to protests and an administrative crackdown upon students at Indian Institute of Technology, Guwahati.

In early November, the institute’s Board of Governors issued a “memo” to Brijesh Kumar Rai, an assistant professor in the Department of Electronics and Electrical Engineering. The memo, dated November 1, informed him that the Board had found him guilty of “misconduct” and that it “proposes to impose on him the penalty of dismissal from service which shall ordinarily be a disqualification for future employment in the institute”. The case stems for an email Rai had written to officials at the Indian Space Research Organisation (ISRO) alleging corruption in appointments to a joint project between it and IIT Guwahati in November 2017.

The memo came with several show cause notices and Rai was instructed to respond to all within 10 days. He did, countering all charges. Apart from raising questions on procedural matters, he wrote: “I had not imagined even in my wildest dream that BoG will consider me not a fit person to retain in service because I reported an incident which, prima facie, appears to be a case of corruption”. To Careers360 he said: “How can writing an email lead to dismissal in this country?”

Although the final decision has not been officially announced, Rai told Careers360 that he and several others were “told informally” that the Board had not decided in his favour.

Word of this spread and on November 17, hundreds of students marched in protest on campus at night. The administration reacted swiftly. On November 19, the Student Affairs Office wrote to students seeking a “response” on the march. In what is practically an interrogation on email, it has not only asked students to own up to participating or motivating others to do so, but also to inform on fellow students. Another note followed on November 20 threatening students that if they do not name names, by noon on November 21, “it will be presumed that you had participated in the said march”.

Students discussing it on social media have described it as an "emergency situation”.

The case against Rai stems from a complaint he made to the ISRO in November 2017. In September 2017, the institute advertised the position of a research associate for a joint project with ISRO. The institute had advertised the same position earlier in January but for the September round, it tweaked the eligibility criteria. It required the same qualifications as before – an M.Tech or PhD – but demanded less work experience.

Rai alleged that the altered criteria were tailored to suit specific candidates the recruiters had already identified and wanted to appoint. In his letter, Rai had alleged that “the interviews were just formalities that they needed to do”. To Careers360 he alleged: “The IITs are a very closed system and given a lot of autonomy. There is a lot of corruption. Around 200 of the 600 appointments would be illegal. I have obtained documents and minutes of Board meetings that show that the decisions were completely illegal.”

He first reported his suspicions to the director – the present director, TG Sitharam joined only in July 2019 – and the dean, research and development. When they allegedly took no action, Rai wrote to the ISRO director and several other officials on November 3, 2017. By December, Rai was suspended pending investigation. An inquiry was instituted in February, 2018.

According to the report of the inquiry committee, Rai was heard twice. He did not present a list of witnesses but had asked for the five persons he had accused of corruption to be summoned “for his ‘examination/cross examination’.” However, this was denied. The report says: “The committee, after examining his request and finding them to be irrelevant or not available, time-wasting etc. rejected it with reasons”.

There were four charges in this memo – all of misconduct and in one case, misconduct with insubordination. The administration had argued that Rai’s writing to ISRO “without maintaining the channel of the official protocol is a willful act of insubordination” but the inquiry committee did not uphold that.

It did, however, find Rai guilty of “misconduct” and of “conduct unbecoming of a government or civil servant” for writing a letter “carry adverse criticism on the working mechanism of the authorities of the institute”; for “embarrassing the relation between the institute and [an]other organisation” because in late 2018, ISRO had sought an explanation from the institute; and for his “serious allegations with an intention to defame the authorities of the Institute”. 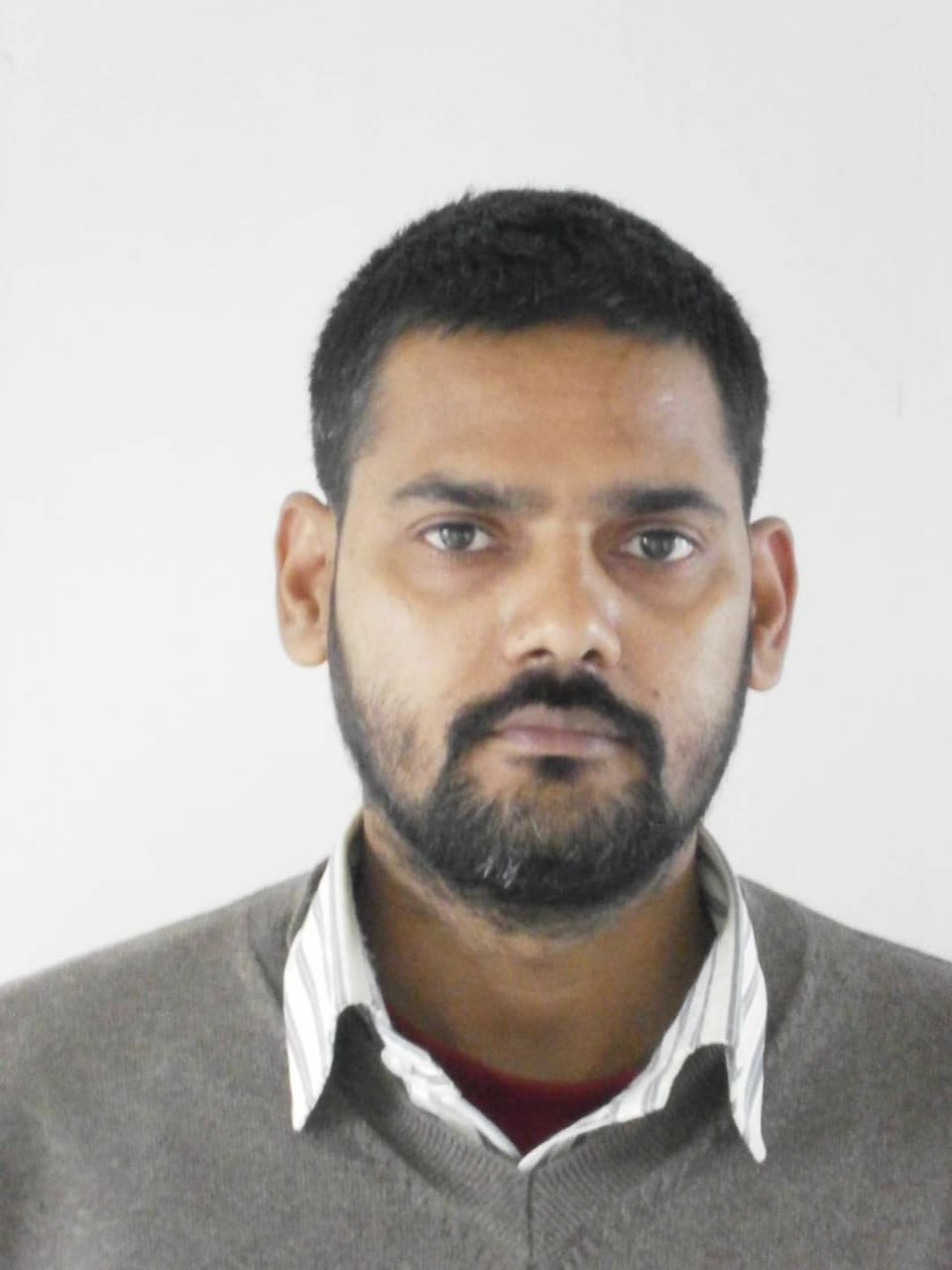 Rai has countered that the institute’s conduct rules specifically forbid a “public utterance” or “any document published anonymously or in his own name”. Rai said that the email “cannot be considered a ‘publication” as it was sent only to “selected people who were stakeholders”.

He further said: “I am a victim of conspiracy. I am being punished for opposing corruption….I did a right thing to report an alleged matter of corruption. Every Indian should do such an act. How can such an act be unbecoming of a government servant?”

While this case has taken the most serious turn, this is not Rai’s first fight against alleged corruption on campus. Speaking to Careers360 he alleged that some years ago, “a few faculty members conspired to award an M.Tech degree to a student who wasn’t present in the institution but was working”. He “reported the matter” in January 2015, and the student’s tenure was terminated. “I felt guilty about that,” he said. “They targeted just the student and did nothing about the faculty members.”

But this case was also where Rai, 41 and a PhD from IIT Bombay, filed his first of many queries under the Right to Information Act 2005. He would allege corruption in appointments in Indian Institute of Information Technology (IIIT) Bhagalpur, which IIT Guwahati is mentoring, as well as in recruitment of visiting artists. A Public Interest Litigation case on the IIIT Bhagalpur issue is pending in the Patna High Court. More recently, he opposed the construction of a temple on campus by the present director and filed a PIL in the Guwahati High Court.

Rai alleged that he has been personally penalised for taking these issues up.

He joined in 2011 but continues to be an assistant professor. “After six years of experience, you become eligible to appear before the interview panel but I wasn’t allowed, my application has never been shortlisted,” he said. The months of suspension “itself became punishment” as he was “totally isolated”.

The allegations Rai made were shared with the director of IIT Guwahati for his response in a detailed email. While the specific questions were not answered, the institute sent Careers360 the following statement:

“IIT Guwahati wishes to clarify that the ongoing disciplinary proceedings against Dr. BK Rai, Assistant Professor in the EEE Department, are to investigate the violations of code of conduct rules of the institute and several complaints received against him through enquiry as per procedures. No decision on his employment has been communicated to Dr. BK Rai till date from the institute.

Media reports on this issue claiming otherwise are based on mere speculation and false information that are being spread. This attempt to divert the main issue and gain public sympathy is intentionally being done to tarnish the reputation of the Institute and its administrators and influencing the decision-making process. The administration of IIT Guwahati humbly requests the media to refrain from publishing such reports.”

However, the action against Rai hasn’t gone down well with many students. Over the years, Rai said he has stood for students’ rights as well.

“Students are also harassed here and there is no union to take up their cause,” he said. “One student, a Dalit, was expelled on academic grounds. He didn’t have any documents to argue his case. I filed 10 RTIs over 2018 and prepared a petition for the Guwahati High Court. He was reinstated in January 2019.”

Students unable to pay fees have sought Rai’s help with drafting letters seeking waivers. When scholarships did not arrive for some, Rai could be counted upon for advice and assistance. Rai would visit a disabled student and his father, both suffering from depression, at their residence to bolster their spirits. “Faculty members are afraid to say anything lest their promotion is stopped but many students have benefited and young people are also more idealistic,” he said.

That probably explains the distress the news of his possible dismissal has caused on campus. Students have been venting their anger on social media sites and trying to find ways to attract the national news media. “This is taxpayer money being squandered and people fighting against corruption being outed. Cannot let this continue,” said one.

The administration’s response to their candlelight march has angered them further. On November 19, the administration requested students “kindly to provide” names of the participants – their own or anyone else’s. If they owned up to joining the march, they had to “provide justification for your participation”. The responses were sought in “hard copy (duly signed)…in sealed envelope”.

Students from other IITs are weighing in too. One wrote: “IITs were pitted as ideal places for education but the reality is getting exposed now. Multiple suicides being covered up silently just to project reputation, sacking professors who expose corruption, sending emails to invite snitches to snitch upon their classmates...and forming internal committee to watch your social media activities. When the volcano of injustice will erupt, then you won't be able to distinguish an IIT from a JNU any more".