Educational institutions and universities like Visva- Bharati and others gave a new direction to the freedom movement. The Prime Minister was speaking at the centenary celebrations of the university 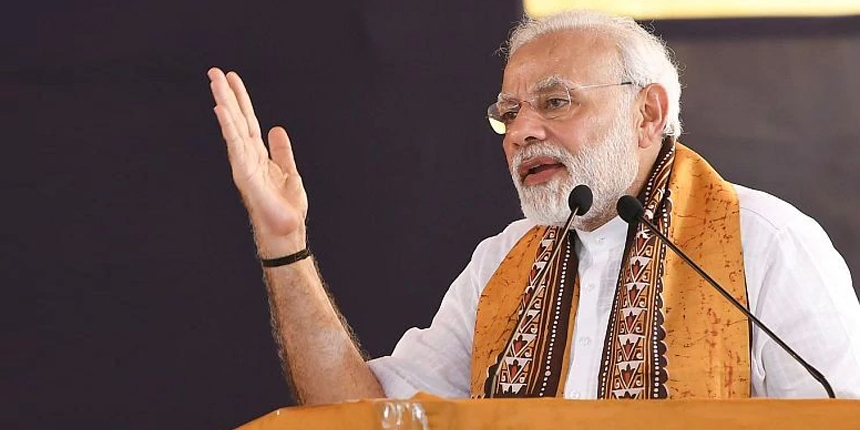 SHANTINIKETAN: Gurudev Rabindranath Tagore's vision is the essence of 'Atmanirbhar Bharat' mission of his government for the empowerment of India and the world, Prime Minister Narendra Modi said on Thursday, as he took forward his outreach to premier educational institutions.

Addressing a function to mark the centenary celebrations of Visva-Bharati, the country's oldest Central University, he extolled the pivotal role it played in India's freedom movement and in furthering the cause of universal brotherhood. Visva-Bharati was declared a Central University and an Institution of National Importance by an Act of Parliament in 1951.

He said Tagore and the institution he founded not only strengthened the spirit of nationalism but also promoted inclusiveness that strengthened "vishva bandhutva" (universal brotherhood). The prime minister, who addressed the convocations and centenary celebrations of four universities--the Mysore University, Lucknow University, Aligarh Muslim University and Visva-Bharati--within a span of little over two months, dwelt on the role played by educational institutions in driving the freedom movement. He said from the "Vedas to Vivekananda", Tagore's thoughts reflected the collective thought of India, which was never introverted or exclusive.

"His vision was that what is best in India the world should benefit from it, and India should learn from the good things they have. Now look at the very name of your university--Visva-Bharati....coordination and cooperation of India with the world," he said.

The prime minister said Visva-Bharati was the embodiment of the vision and the hard work of the Nobel laureate and a "venerable source of constant energy to the country." He said, today, India was spreading Visva-Bharati's message to the world. "India is today leading the world in the field of environment protection through the International Solar Alliance and is the only country moving at a rapid pace to achieve the goals of the Paris Accord," he asserted.

He recalled the role of the leaders of the Bhakti Movement like Guru Nanak, Kabir and Surdas, who sowed the seeds of the freedom movement long before it started in the 19th and 20th century. The Bhakti Movement, he asserted, strengthened India's spiritual evolution and collective consciousness.

He said after the long period of the Bhakti Movement arrived Ramkrishna Paramhansa who discovered Swami Vivekananda who was a "blend of Bhakti (devotion), Gyan (knowledge) and Karma (action)". "The Bhakti Movement united us, the Movement for Knowledge gave us intellectual strength and the Movement of Karma, exemplified by the likes of Shivaji, Maharana Pratap, Rani Laxmibai of Jhansi and Khudiram Bose and Prafulla Chaki gave us the spirit and courage to fight for our rights."

He said at a time when India was fighting to win freedom from the colonial rule, the need was felt for an ideological movement and to prepare a new generation that could play a major role in rebuilding India. "Educational institutions and universities like Visva- Bharati and others gave a new direction to the freedom movement." Praising the institution for its remarkable achievements in varied fields like art and literature, and science and innovation, the prime minister urged its students to reach out to the artisans in the region to explore ways to find national and international markets for their produce.

"That will make them self-reliant. Atmanirbhar Bharat is the initiative for India's prosperity which will aid in global prosperity," he said. Modi also spoke about the inclusive culture that was inherent in India's ethos. It came at a time when West Bengal is witnessing political violence in the run-up to the assembly elections and Chief Minister Mamata Banerjee has often dubbed his BJP a "party of outsiders". He said Tagore's elder brother Satyendranath Tagore, an ICS offier, was posted in Ahmedabad in Gujarat years before Independence and the Nobel laureate had penned two of his works there.

Satyandranath Tagore's wife Gyanandini Devi, he was told, had popularised the way of wearing saree that would allow women to perform household chores with greater comfort. "I want all of you to strengthen this culture," Modi said. He wrapped up his speech with a line of Tagore's poem "Ore grihobashi khol dar khol (you who are indoor, open the door), and said limitless opportunities were open for those at Visva-Bharati outside. Modi also began his nearly 30-minute speech with Tagore's poem 'He vidhata, dao, dao, moder gaurav dao (O'Lord give us glory).