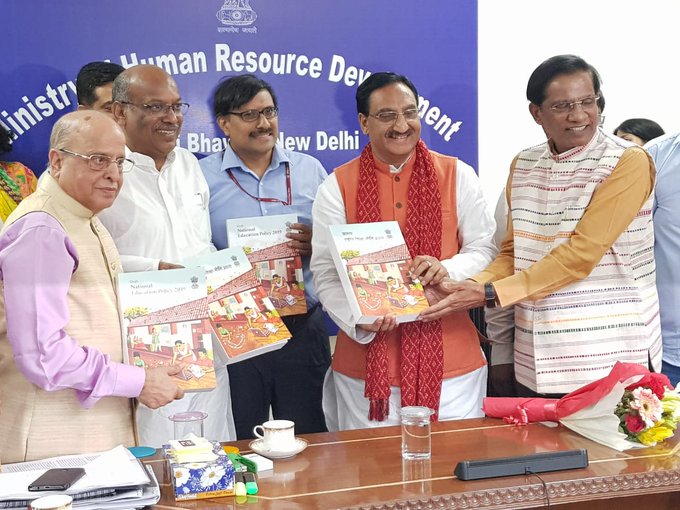 NEW DELHI: The Narendra Modi government has again changed the officers in charge of education. R Subrahmanyam has been moved from the post of secretary, higher education, to the Ministry of Social Justice and Empowerment.

In his place will be Amit Khare who has been relieved from his responsibilities at the Ministry of Information and Broadcasting and will now be in charge of both departments – school education and literacy and higher education – under the Ministry of Human Resource Development.

This shuffle of top bureaucrats in MHRD comes less than three months after Rina Ray was removed from the post of secretary, school education and literacy. Khare was given additional charge of school education in October.

The secretaries for higher education and school education are the top bureaucrats in charge of education in the country. Subrahmanyam oversaw the launch and execution of some of the publicised projects of the government including Swayam, the online learning platform, the reveal of the draft National Education Policy 2019, the announcement of the Institutions of Eminence programme and others. In his last weeks with the department were spent as a peace-broker, attempting to resolve conflicts between agitating students and the administration of Jawaharlal Nehru University and between ad hoc teachers and the administration of Delhi University. 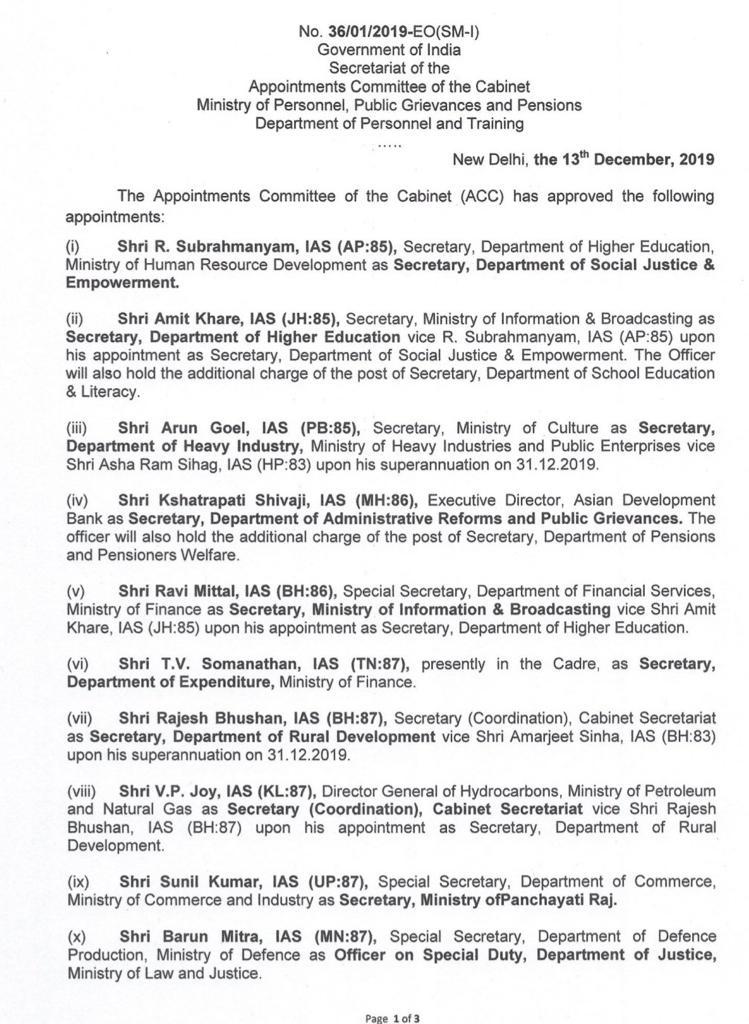