UP man held for helping sister, others in final DElEd exam

Uttar Pradesh: Tarun Singh was caught helping his sister and others in the final examination of diploma in elementary education. 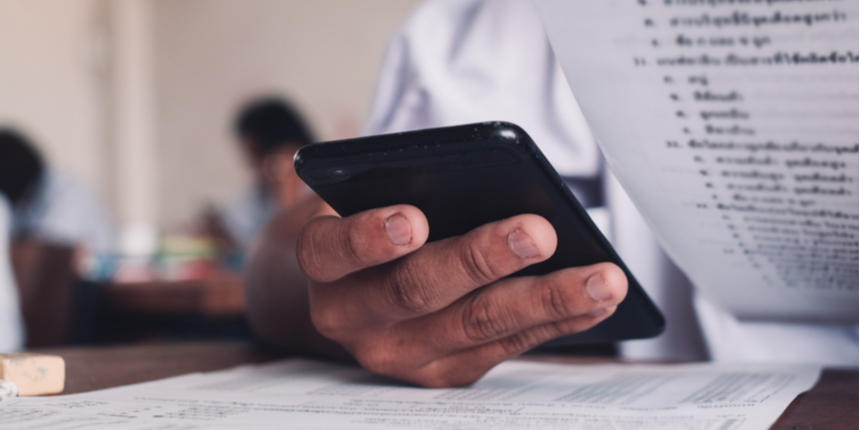 MATHURA: A man has been arrested for helping his sister and others in the final exam of their diploma in elementary education here, police said Wednesday.

A case has been registered in this regard under Section 417 (Cheating) of the Indian Penal Code (IPC), Section 66 D (Cheating by personation by using computer resource) of the IT Act and and the Pariksha Adhiniyam, police said, adding both Tarun Singh and his sister have been sent to judicial custody.

Singh was caught while helping his sister and other examinees in the paper being conducted at Champa Agrawal Inter College, Mathura, on Tuesday. His three associates have absconded, Superintendent of Police (SP) Martand Prakash Singh said, adding efforts are on to nab them.

Centre Superintendent Principal RK Maheshwari confiscated Singh’s phone when he was operating it “in a doubtful manner” outside the examination centre, District Institute of Education and Training (DIET) Principal Mahendra Kumar Singh said.

According to the principal, the mobile phone recovered from the accused also contained paper from the exam that was conducted on Monday.

Seven others were also arrested from different places in connection with fraud in theREET exam, PTI reported.

While on September 26, five people were arrested in Bikaner with slippers fitted with Bluetooth devices for allegedly attempting to cheat in the REET 2021 exam. The Rajasthan Eligibility Examination for Teachers (REET)-2021 was, however, held on Sunday with tight security arrangements.