1,500 more institutions needed to cater to 140 million college-going population by 2030 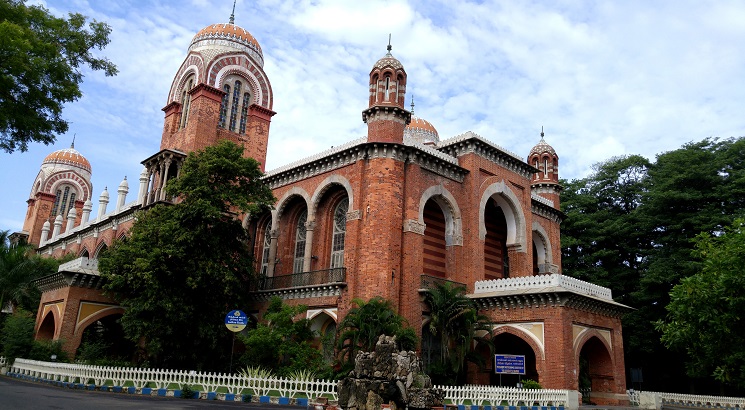 NEW DELHI, NOVEMBER 13: In 2008, less than 8% of the academic institutions were in the private sector, within 10 years, nearly 30% of the academic institutions in India are within the private sector. The Government of India has eased the FDI norms in various sectors, however, a lot needs to be done in the education sector as education FDI currently amounts to a paltry 0.5% of overall flows.

There is immense need to expand the sector without compromising the quality of education, at the same time the need is also to provide job oriented skills to graduates.

The UK India Business Council has come up with a report, titled ‘Beyond the Top 200 – Effective International Collaboration for Indian Higher Education’ highlights why India needs to expand its higher education system focusing on excellence, equal access, and employability. The Report also states that Government’s focus to allow only “the top 200 in the world” to collaborate with the best Indian institutions will not help the overall growth of the sector.

India is among the fastest growing economies in the world. Its high growth and the increasingly sophisticated economy is hungry for talented and highly skilled workforce. The Indian Higher Education system is evolving to ensure it is ready to supply quality talent. By 2030, the country will have the largest number of college-going population, a staggering 140 million. To meet the demand India will need at least another 1,500 institutions.

Almost half of India’s total 1.25 billion population is under the age of 25, so higher education will have a significant impact on the future of the country’s economy and growth. Providing quality education is an important tool to reduce poverty, achieve gender equality, and create more jobs. The Report highlighting some of the major initiatives of the Government states that, it has identified a range of priorities, including the digitalisation of the public and private sectors, expanding the manufacturing base, creating smart cities, expanding access to quality healthcare, and
reducing CO2 emissions through a substantial renewable energy drive.

“To succeed, more needs to be done to deliver the skilled people in these, and many other, strategic areas. For example, Mr Modi’s ‘Ayushman Bharat Yojana' scheme – the largest state provision of healthcare in the world – promises to expand health insurance coverage to all Indians,” it says.

The Ayushman Bharat scheme will not only create a demand for more healthcare but also quality healthcare, as access to more complex procedures will grow. To meet this, India requires 7.4 million healthcare professionals by 2022, more than double the existing workforce.

The Indian Higher Education system, one of the largest in the world, has its own challenges in terms of providing access, quality education and attracting quality professionals into teaching. There is no denying the fact that the quality of teaching in Indian Higher Education institutions neither meets the international standards nor the need for domestic employers.

Report states, “According to the current forecasts, by 2030, India will have the largest number of people of college-going age — a staggering 140 million. Of the 959 Higher Education Institutions across India today, 736 universities currently educate 28.6 million.”
To meet the demand whilst improving quality, India will need at least another 1,500 institutions by 2030, to accommodate this huge influx of students.

“Despite India producing the fourth largest number of doctoral graduates in the world in 2014, the number of research articles published by Indian doctorate students are comparatively very low. During 2017-18, about, 500 articles were published by India, compared to about 7,000 by the UK, or 13,200 by China,” it says.

Strong emergence of the Private sector

The Report mentions, the biggest change in this sector is the emergence of private universities, the number of which has grown at an exponential rate to meet industry demand, and now account for almost one-third of the total institutions in India compared to less than 7% in 2008.

The number of private universities is expected to double in the next five years to over 500 by 2023.

To increase the GER to 30% means providing 40 million university places across India, 14 million more than the present enrolment and without the active involvement of the private sector, it would be difficult to reach the target.

Equal Access
India has made substantial progress in closing the Higher Education gender gap. The All India Higher Education Survey 2018 showed the Gender Parity Index closed in Higher Education from 0.86 in 2011 to 0.94 in 2017.
To further bridge the gap, the report emphasises on the role of technology. It says, “Digital innovation can go a long way towards addressing this. Innovations driving Industry 4.0 are not only changing the future of work; they are also ushering in new possibilities for delivering education - ‘Education 4.0.”

Employability
Employability of graduates still remains a major challenge for the system, therefore, more attention is now being given on the employability of the graduates produced by the institutions.
As per a 2016 report by Aspiring Minds, an employability assessment firm, more than 80% of engineers in India are “unemployable”. The problem of employability is not just limited to engineering. Report mentions, “Research by the British Council suggests that up to 75% of graduates from Indian universities are not considered ‘employable’”.

The major reasons for low employability are outdated curriculum, no or less interaction with the industry and lack of practical exposure.

New Higher Education Policy- and ‘Top 200’ Intentions
The Council in its report pitches for FDI in the education sector with a more liberal approach. It states that though 100% FDI is possible through the automatic route in other sectors, policy restrictions on international universities are major hurdles to internationalisation and foreign investment. As a result, education’s share of total FDI in India remains low, at 0.5% based on 2000 to 2018 data.

The report critically looking at various international rankings systems states that the Rankings do not take Indian condition into account, which is similar to British Higher Education. Therefore, it recommends that India’s new Higher Education Policy should not use an institution’s overall position in global ranking systems as the basis for participating in India’s Higher Education system.

As per the Report, International ranking systems are designed to help students choose a place of study and research, they are not a suitable tool to judge the foreign universities keeping the demand of indian student at the centre.
It says, “Frequently, universities that do not fall into the top 200 offer world-class education in certain areas. For example, a UK university not in the top 200 globally may actually be in the top 10 globally for, say, mechanical engineering. Conversely, a top-ranking university may not excel when it comes to their mechanical engineering courses.”

Partnerships and collaboration with foreign universities should be based on a long-term approach to attract sustainable relationships and outcomes. Rankings change every year, making it difficult to decide who should be permitted to enter the Indian higher education sector, particularly if the institution is close to the cut-off level.