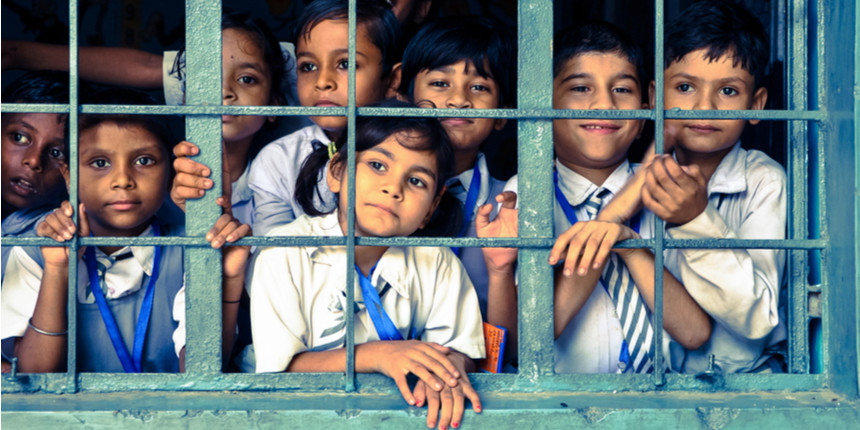 NEW DELHI: About 22 percent of schools across the country are operating from old or dilapidated buildings, according to a report by the apex child rights body NCPCR. The report on 'Safe and Secure School Environment' was based on a survey of 26,071 schools across 12 states carried out by the National Commission for Protection of Child Rights (NCPCR) to examine the safety and security of children in schools in terms different indicators.

In dilapidated buildings and near tracks

The survey showed that 22 percent of schools are operating from old or dilapidated buildings, while 31 percent schools reported cracks in structures.

Nineteen percent of the schools were located near rail tracks, whereas only one percent has speed breakers with zebra crossing sign for safety and security of children.

Another major finding in the report was that only 74 percent schools have in-built water facilities in toilets and in the rest students have to carry water from outside.

"This is an alarming situation. It puts student's health and physical safety at risk," the report said.

On mid-day meals (MDM), the report said only 57 percent of children are satisfied with the quality of food. As per U-DISE data, 81.5 percent of the schools in the states covered in this report provide mid-day meals.

However, the report said that only 56 percent of those 81.51 percent is providing food as per the prescribed menu.

"Only 57 percent of children are satisfied with the quality of food. There have been cases where the food was not even fit for consumption and children have been sick. They are not even being provided food in the required quantity (61 percent). It is not surprising that if the food was not prepared as per the menu, the nutritive value in the food provided is only 60 percent of time," the report noted.

U-DISE is a database about schools in India. The database was developed by the Department of School Education, HRD Ministry. Checking the provisions for inclusiveness, protection and safety of children with special needs (CWSN) at the school, the report found that only 40 percent schools had facilities like classrooms, play areas, toilets accessible by wheelchair.

It was also found that in only in about 47 percent schools CWSN were being assisted in the form of being accompanied by a teacher or attendant while using toilets.

"This is alarming. As only a handful schools have specially-abled friendly toilets. Sixty-one percent of schools have obstruction free corridors and staircases. This could impose a serious threat to safety of children in rest of the schools," the report said.

It also found that only 32 percent of schools have provision for blind students. The report found that not all schools had electricity and out of the total schools with electricity, 77 percent had a proper working electrical fitment in classrooms and corridors.

Seven percent schools having electrical connection face problem of shocks while nine percent have faced problem of short circuit/shock a week before the survey, the report said. "One of the safety concerns emerged from the survey is in around 22 percent schools, high voltage wires/transformers within or adjacent to the school premises pose a safety challenge. Although the electric shock cases are low, however it is still dangerous," it said.

"While enquiring about safety of a child when the child is in the transport bus, it was seen that only 18 percent have any teacher and attendant with students on buses," it said.

On the issue of cyber safety in schools, it was observed that not all schools visited had computer rooms, and of the 55 percent of schools where they have computer rooms and technological devices only 44 percent schools have security systems in place to restrict internet and 42 percent have blocked access to social media use by students, the report said.

Discouragement and prohibition of all kinds of bullying was being observed at 90 percent schools, the report said.