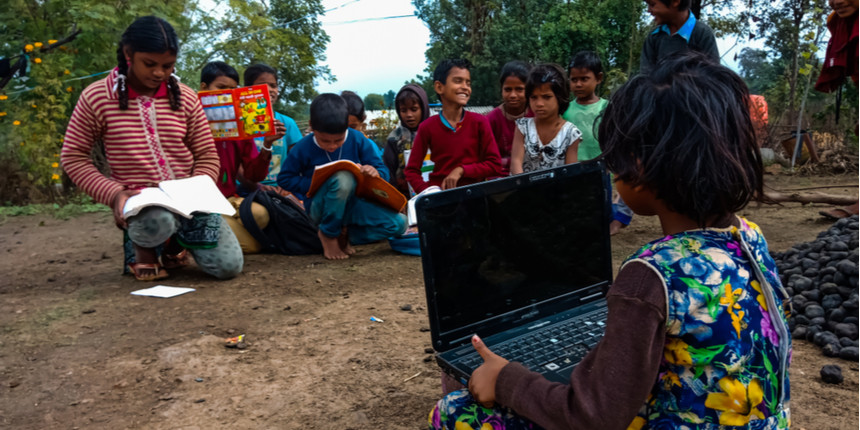 A weak internet penetration has turned e-education into a distant dream for many children in rural areas (Source: Shutterstock)
Press Trust of India | Aug 18, 2020 - 10:22 a.m. IST
Share Via

NEW DELHI: A survey among children in four southern states found that about 94 per cent of the respondents did not have access to smartphones or the internet for online education.

The study conducted by child rights body CRY in May-June covered 5,987 children in Karnataka, Tamil Nadu, Andhra Pradesh and Telangana. The information was collected by CRY's community organisers through telephonic interviews. The objective of the study was to embark on a fact-finding mission on "internet accessibility of children" in the age group of 11-18 years.

"With schools closed and mobility restricted due to the COVID-19 pandemic, CRY wanted to envisage the ground reality of the potential for online education," it said.

"A further dipstick reveals that the annual income of 95 per cent of the families is less than Rs 1 lakh. Without substantial resources and with bare minimum affordability, having a smartphone is a luxury that more than two-thirds of these families can only hope for," the study said.

Karthik Narayanan, regional director at CRY South, warned that the study shows that children from the marginalised sections of the society are becoming more vulnerable than ever before.

"Education is the key to ensure a protective environment for children. Going to school not only sharpens a child's mind but buys crucial time in their lives from being drawn into child marriage or child labour. With conventional education becoming difficult and online education being accessible to only a few, the children from the marginalised sections are becoming more vulnerable than ever before," he said.

The nationwide lockdown induced by COVID-19 in March prompted schools and colleges to move to the virtual world for teaching and learning activities. But a weak internet penetration has turned e-education into a distant dream for many children in rural areas. According to official statistics, there are over 35 crore students in the country.