Battle over fees: 2 candidates locked in a court battle with NIFT for over a decade 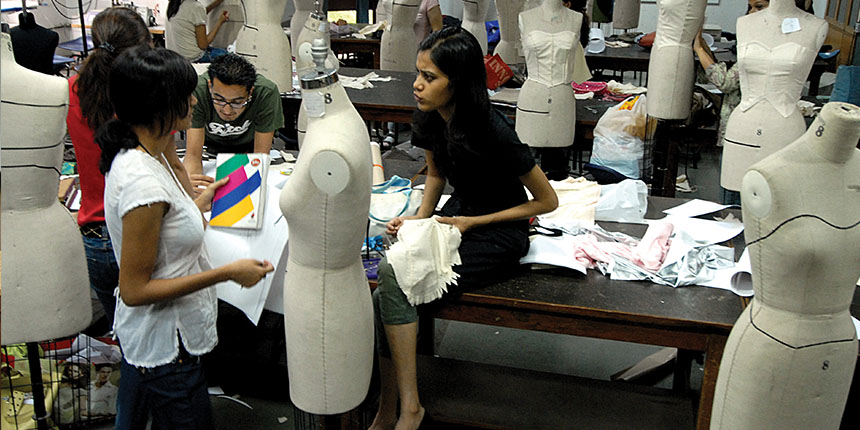 NEW DELHI: In 2006, cousins Ruby and Shikha Goel from Delhi got admission in the premier National Institute of Fashion Technology (NIFT). That admission process led to a protracted legal battle with the institution that, 13 years later, is still on.

The case remains unresolved although several consumer courts had initially validated the sisters’ claim. In 2006, the women had applied for the Delhi campus of NIFT but were allocated the Kolkata centre. When they attempted to withdraw their admission and applied for a full refund, they were returned only a small amount. They filed a case in a consumer court. Since then, the case has travelled through consumer courts at the district, state and national level. Initial judgments favoured the sisters but later ones have not. The case remains unresolved with neither party willing to back down.

The women argue that the institute kept their fees – a combined amount of about Rs. 6 lakh – even though they didn’t join that year. The institute has countered that due process was followed in the refund of money and allocation of seats.

Ruby Goel, now in her 30s, did study in NIFT, joining in 2007. “My parents had to run from pillar to post to get their hard-earned money back,” she said. “Not only did it cause us huge financial distress as we had to lose the amount deposited with NIFT, but we also had to arrange for extra funds to pay for my education. It’s been over ten years for us fighting in the judicial system.” She added that the National Consumer Redressal Forum had recently agreed to hear the revision petition on the ground that her case “may not be maintainable due to some legal technicalities”. She said: “We may have to start our fight all over again.…Despite having a huge waiting list of potential students, the institute claims to have lost revenue. Not only is it a farce but it also wastes the much-coveted seat to bureaucracy.”

They had applied for refund well before July 10, 2006 when the new academic session began.

The beginning
In April 2006, Ruby and Shikha Goel saw a newspaper advertisement for admission to NIFT, under the non-resident Indian (NRI) category. An NRI uncle had agreed to sponsor their education. They applied under the NRI category and were selected. They attended counselling in June 2006.

After counselling, both were happy till they spotted the campus named on their receipts. Ruby Goel said: “On June 30, 2006, we deposited the fees and got a receipt confirming our admission. The fees charged under the NRI category, Rs. 3 lakh, is higher than fees for the general category, Rs. 80,000. We were excited and in our excitement, we forgot to see that the place of admission mentioned on the receipt was Kolkata, instead of Delhi that we had asked for.”

She said they realised the goof-up in the evening of June 30, a Friday, and approached NIFT, Delhi, the next Monday. When they asked for a change of centre, NIFT refused. Following this, they requested a full refund of the fee. They wanted to withdraw their admission. That too, the institute declined.
Ruby Goel’s brother Amit Goel said that after a lot of correspondence with the institute, they got back Rs 23,460 each, as per “conditions in the admission prospectus”.

The NIFT has argued that as per rules applicable to the NRI quota and stated in its 2006 prospectus, a candidate who has withdrawn admission, was entitled to a refund of US $ 500, or Rs. 23,460 in 2006.
However, the women’s family felt “cheated” and moved the consumer court seeking a full refund. On its part, NIFT has called the allegation of cheating “totally false” as the institute hadn’t said anywhere that the two candidates would be offered seats in Delhi. In its court submissions, NIFT has also claimed that the candidates took admission after being convinced about studying in Kolkata and that the fee receipt also says, “PG-Mgnt-Kolkatta”.

The women first approached the South District Consumer Disputes Redressal Forum, Mehrauli. They argued that they had applied for withdrawal long before the commencement of the academic session. The district commission ruled in their favour, ordering NIFT to refund the full Rs. 6 lakh.

The court rejected NIFT’s claim that once counselling was over, they would suffer a loss of fee whether a candidate withdraws before the commencement of the course or during the session. The seats would go vacant, the institute argued. However, the court order said: “As there is no dearth of candidates for getting admission and all institutes of repute are even otherwise supposed to prepare a waitlist and they do so; in case of vacation of a seat, they do offer the seat to some other person.”

The NIFT challenged the District Commission’s order in the State Consumer Commission of Delhi. In 2007, even the State Commission ruled in favour of the women. It even ordered the NIFT to pay them Rs. 20,000 each as compensation. Its order says: “OP (NIFT) charged a substantial amount on the misrepresentation that she would be allocated seat at Delhi centre.”

Instead of paying up, NIFT challenged the State Commission’s order in the National Consumer Disputes Redressal Commission, arguing the students’ demand is “unjustified” and that their plea does not fall within the ambit of the Consumer Protection Act, 1986.

The institute further said that it is an autonomous body free to frame its rules and regulations, including admission policy, and that it “imparts education to students across the country and is not dealing in any kind of service providing mechanism as per the mandate of the consumer protection act”.

Refund Regulations
Over the years, the Goels’ case was punted from one court to another, higher education regulators, the University Grants Commission and the All India Council for Technical Education (AICTE) issued clear rules and guidelines on fee refund.

The University Grants Commission framed fee refund regulations in 2018, which state that institutions can charge fees in advance only for the semester or year in which a student wants to engage in academic activities. Collecting advance fees for the entire programme of study is strictly prohibited. If the student withdraws admission at least 15 days before the “formally notified last date of admission”, the student is entitled to a full refund and only a maximum of Rs. 5,000 can be deducted as application processing charges.

The UGC framed regulations on fee refund in 2018. Now institutions can charge fees in advance only for the semester or year in which a student wants to engage in academic activities. Collecting advance fees for the entire programme of study is strictly prohibited