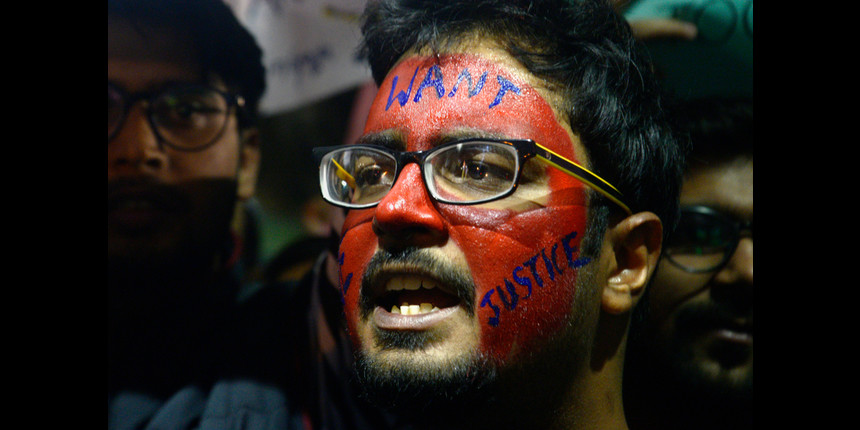 NEW DELHI: Over 1,000 teachers, scholars and activists have expressed their discontent with the National Investigation Agency (NIA) for arresting academics and activists in relation to the Bhima Koregaon case on Wednesday.

A statement issued by academics from universities in India and abroad has expressed concern about “shrinking democratic space in the country” due to the recent arrests done by NIA.

“Most of the individuals who have been taken into custody were not even present at the Elgaar Parishad event. So it is very unlikely that the government will secure a conviction in this case,” the statement said.

As many as 1,039 teachers from Indian Institute of Technology (IITs), Indian Institutes of Management (IIMs), Delhi University and various other universities of USA, United Kingdom, Ireland signed the statement.

Booked under the infamous Unlawful Activities Prevention Act (UAPA), so far, as many as 14 academics, teachers and lawyers have been arrested.

Criticising the use of the anti-terror law, the statement further alleged that the NIA has prevented those arrested from obtaining bail. “The NIA’s claims of investigating the “conspiracy” in the Elgaar-Parishad case are actually a flimsy cover for cracking down on “urban naxals”—who, in reality, are only dissident intellectuals—and keeping them in prison indefinitely,” the statement said.

Partho Sarathi Ray, a teacher in Indian Institutes of Science Education and Research-Kolkata and senior journalist KV Kurmanath has also been summoned for questioning. The statement stressed on Ray’s “deep involvement” in social causes during the COVID-19 pandemic. The academics have also expressed their worry that Ray may get arrested on "false charges" as he has been critical of the government's response to the pandemic.

On Tuesday, the NIA arrested three cultural activists from the Kabir Kala Manch - the organisers of the Elgar Parishad event. K Satyanarayana who is an English teacher in English and Foreign Languages University, Hyderabad, has also been summoned for questioning.

On July 28, MT Hany Babu, another teacher from the English department of DU was arrested in connection with the Bhima Koregaon case. Babu is a popular anti-caste activist.

Rakesh Ranjan and Prem Kumar Vijayan both teachers in DU were also called for questioning by the NIA in August. Sudha Bharadwaj, a teacher in National Law University, Delhi, Anand Teltumbde, a teacher in Goa Institute of Management and Shoma Sen, a teacher in Nagpur University have also been taken into custody. The statement demanded ending the “crackdown on dissidents”.

Several activists, lawyers and academics have been arrested for their alleged role in inciting violence after the 200th-anniversary celebrations of the Battle of Koregaon. On January 1, 2018, violence broke out between Dalits and Marathas in the village of Bhima Koregaon near Pune. One person died and many casualties were reported after the incident.