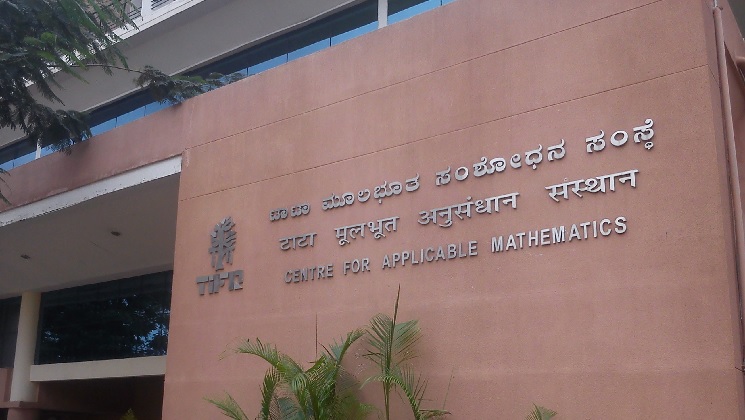 NEW DELHI, MARCH 7: The Tata Institute of Fundamental Research (TIFR) Mumbai has agreed to pay the pending salary of February month to all its staff soon. While talking to Careers360, the TIFR Mumbai Registrar, Wing Commander (Retd.) George Antony confirmed about paying full salary to all the TIFR staff including faculty and post-doctoral fellows.

“The institute will be paying full salary of the February month to its all staff and not just the 50 percent, as earlier notified,” said the TIFR Registrar.

Wing Commander (Retd,) George Antony while talking to Careers360 on the February salary issue also shared that there were some problems in administering a sufficient amount of fund which now has been taken care, therefore the institute will be paying the salaries in full to its staff, soon.

“The institute did encounter some problems initially for the funds on administrative part, therefore the staff was needed to be notified about this. Since the problem has been sorted out, everything is now fine,” corroborated Wing Commander (Retd,) George Antony.

Earlier, in an official letter to the TIFR staff, the institute had notified that it would be able to pay just 50% of their salaries. The Registrar-signed letter read, “Due to insufficient funds, all staff members and students/post-doctoral fellows of TIFR, its centres and field stations will be paid 50 per cent of the net salary for the month of February immediately.” 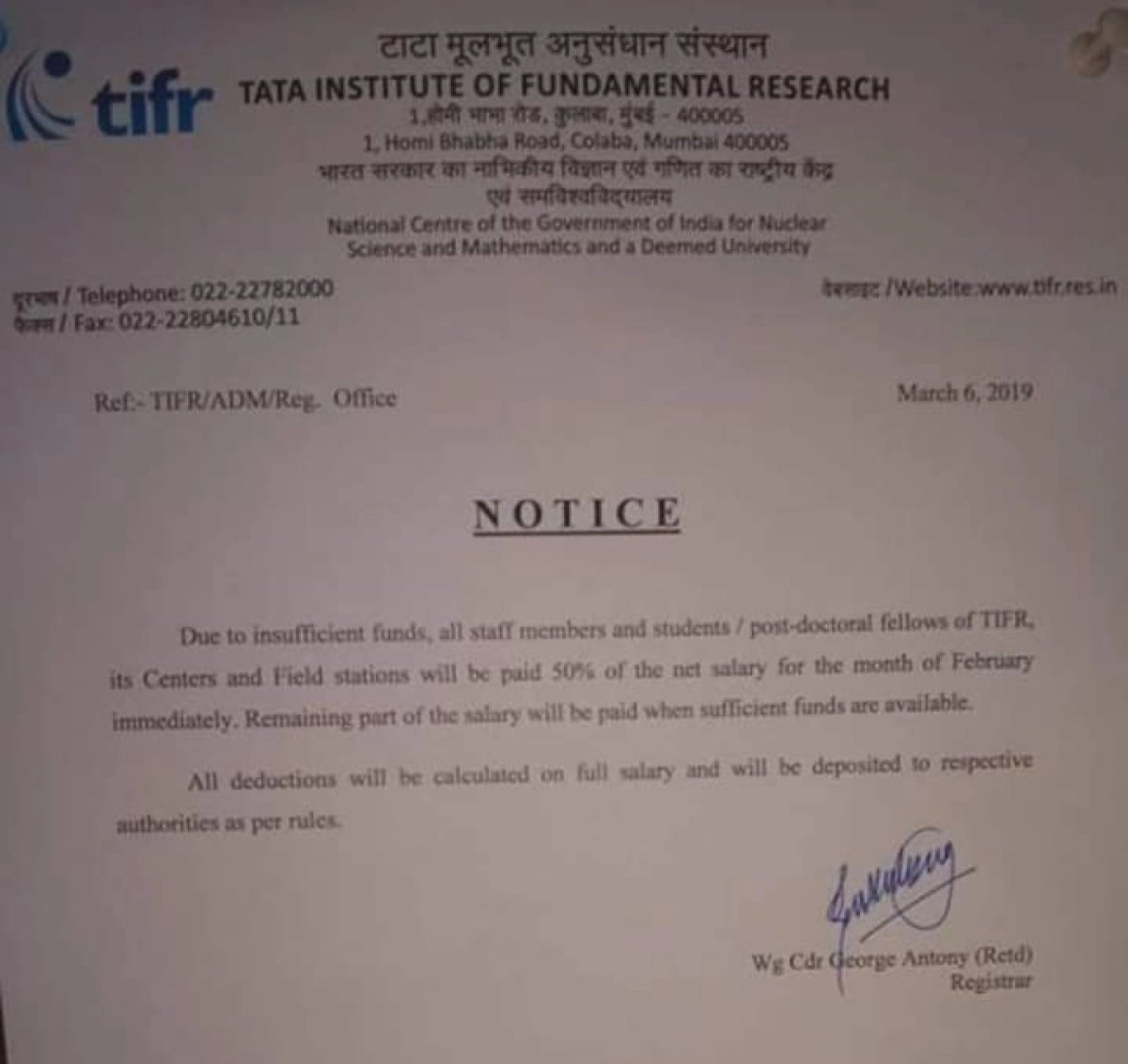 As of now it seems that the TIFR has managed the funds to pay their staff salary for the February month even as the Registrar also shared that there is no other fund problem for TIFR’s functioning.

The Tata Institute of Fundamental Research (TIFR) is a government-run national institution. Functioning under the umbrella of Department of Atomic Energy, Government of India, the TIFR carries out basic research in Science and Applied Sciences including Physics, Chemistry, Botany, Zoology, Mathematics and Computer Sciences.

Being a deemed university, the TIFR offers degree programmes at post graduate and doctoral levels, through its main campus located in Mumbai and auxiliary centres at Pune, Bangalore and Hyderabad.