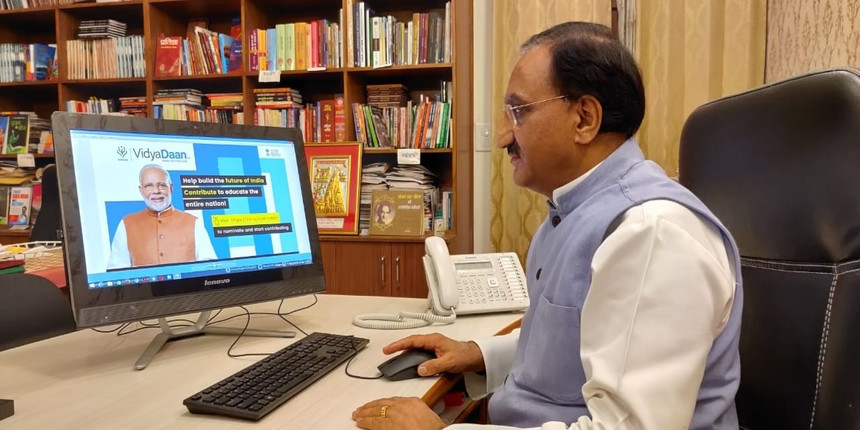 NEW DELHI: The minister of education Ramesh Pokhriyal ‘Nishank’, in a review meeting of the National Institute of Open Schooling (NIOS), asked officials to take steps to “increase the transparency” of the institute.

According to a statement from the ministry of education, Ramesh Pokhriyal stressed on transparent working of the Institution to produce better results.

Pokhriyal, in the meeting, asked NIOS officials to reform the examination process “so that no one can question the integrity of the prestigious institution”.

The minister also suggested remodelling of NIOS syllabus along the lines of the National Council of Educational Research and Training (NCERT) syllabus.

Pokhriyal also suggested creating a dashboard that contains information and contacts of all NIOS centres across the country. He said that these dashboards will also have suggestions from stakeholders “to increase transparency” in the system.

Talking about widening the scope of the institution, the minister directed NIOS officials to form a team to review whether the institution can be used “to provide education to the grass root level” and “provide literacy to illiterate people of our country”.

Pokhriyal also asked NIOS officials to use fresh papers, instead of recycled ones, for book publication, citing health concerns of the students.