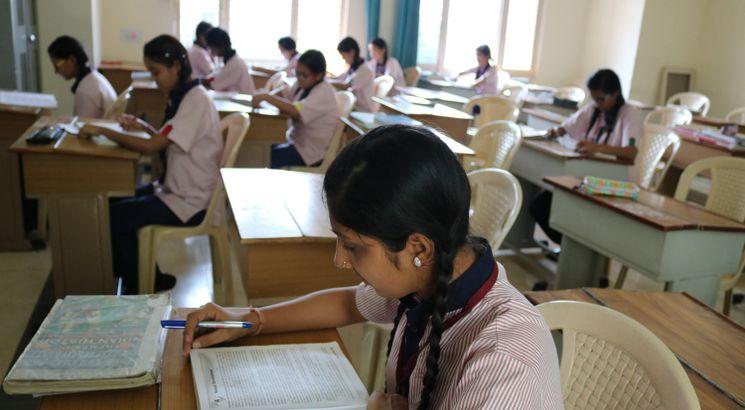 NEW DELHI, MARCH 15: With CBSE denying the alleged leak of Class 12 Accountancy Paper, complaints have started pouring in for another leak now. Many students have complained that the Class 12 Chemistry paper that was held on March 13 was also available on social media even before the exam started.

The CBSE has said that it is yet to receive any official compliant related to alleged leak. “We are yet to receive official information on this. However, this is not possible at all. We are on this matter and appropriate action will be taken in this regard,” said Rama Sharma, Public Relation Officer, CBSE to Careers360 when asked about the action being taken in this regard by.

While Delhi Education Minister, Manish Sisodia in his tweet mentioned that he has received compliant regarding Accountancy question paper leak and has asked for a probe, the alleged leak brings the confidentiality involved in the exam process under scrutiny.

“We, students prepare for the board examinations all through the year, sit for the exam and take it very seriously. It genuinely hurts when the question papers are leaked and our hard work becomes futile,” said Gautam Adhikari, an aggrieved Class 12 board examinee. 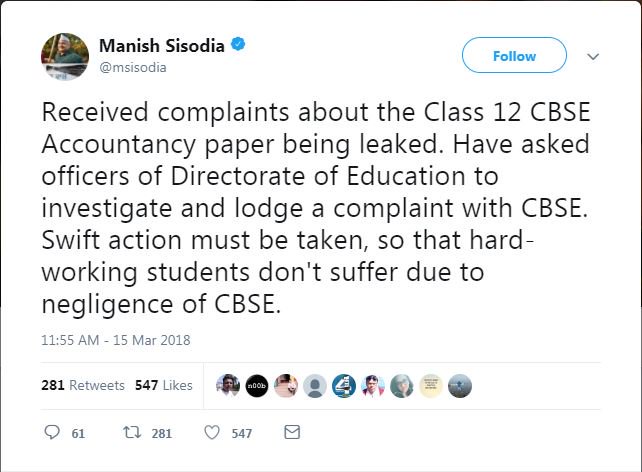 The ‘leaked’ case of Chemistry Paper

Several students who appeared in 13th March Chemistry Class 12 board exam have also claimed that the science paper was leaked during the examination. The students have posted images supporting their Chemistry paper leak allegations. Find below the screenshot. 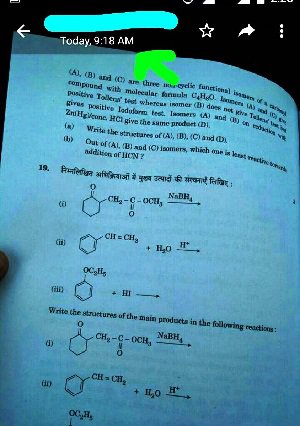 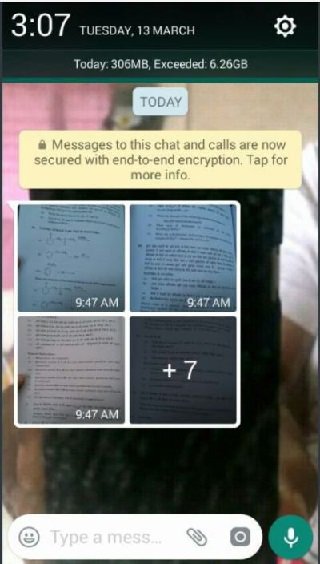 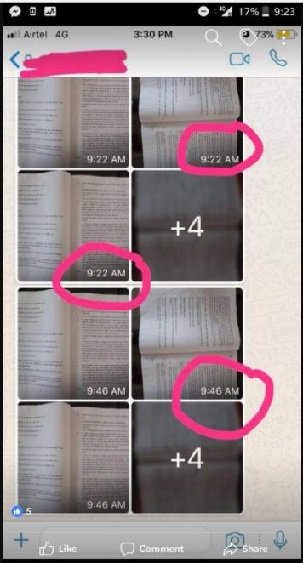 The social media platforms are abuzz with reported ‘sale’ of Class 12 question papers when the Central Board of Secondary Education is conducting the board examinations. Some students have also claimed that official question papers of English paper are on sale at Rs. 4500. Find the screenshot of the claimed ‘sale’.

Many students claim that the paper is sold just after the seal is broken. There is one of the WhatsApp messages’ screenshots where a student claim that any question paper can be leaked for Rs. 7000 as soon as the seal is removed at 9 am. Check the screenshot below: 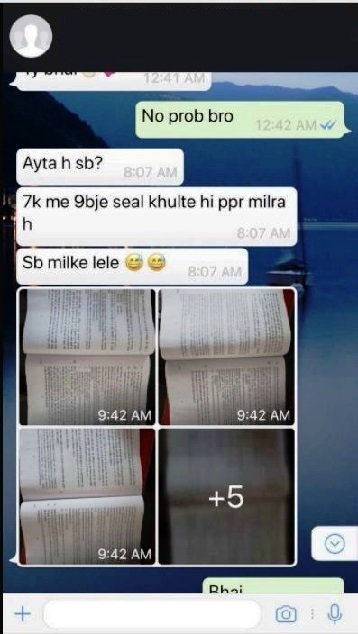 What the CBSE has to say?

Earlier on March 14, 2018, there were reports of a man carrying a sealed parcel containing answer sheets of the Class XII chemistry paper, without any security in Delhi Metro.

The Central Board of Secondary Education is conducting Class 10th and Class 12th board examinations. While the Class 10th papers will be over on April 4, that for Class 12th will end on April 12, 2018.