NEW DELHI, JULY 13: Lieutenant General Syed Ata Hasnain, the former military secretary has been appointed Chancellor of the Central University of Kashmir. The President of India, Ram Nath Kovind in his capacity of the Visitor of the Kashmir Central University has signed on the appointment letter of the Army Veteran. 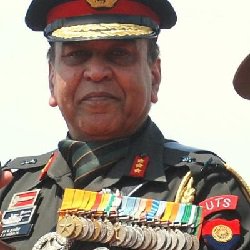 The appointment order for the Chancellor in the Kashmir varsity has come soon after G Parthasarathy’s appointment as Chancellor of the Central University of Jammu.

Further, both these appointments - G Parthasarathy and Lt General Hasnain are being considered as key strategic moves when both of these newly appointed Chancellors have extensive experience in dealing with Kashmir and Pakistan sponsored terrorism.

The appointments also seem to have a particular significance, especially in the light of the increasing alienation of the Kashmiri youth and record recruitment drives by terror groups over the last few months, with institutes and campuses also becoming preying grounds.

Besides, the timing of these appointments also coincide with the renewed chatter of holding Panchayat elections in the state, barely a month after BJP pulled out of the coalition government with PDP, thus pushing in Governor’s rule in the valley.