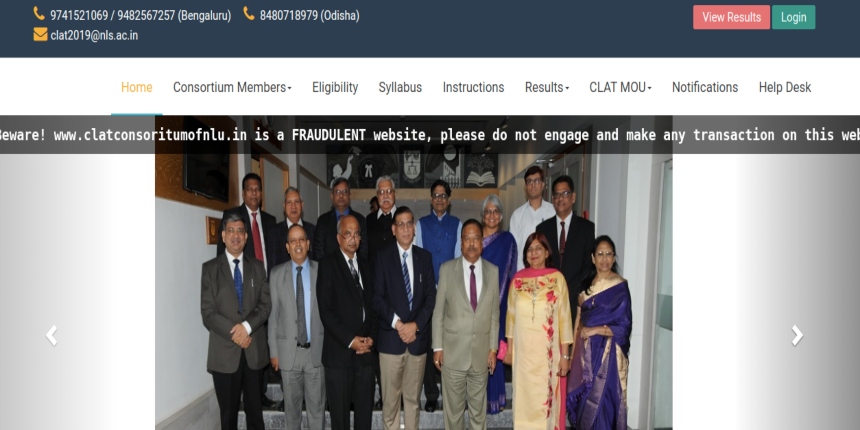 New Delhi, July 27: A fake website www.clatconsoritumofnlu.in that has been collecting money from unsuspecting students in the name of admission to law colleges has been banned by Google after it was reported by CLAT authorities and responsible netizens. The official CLAT website is also running a live ticker on its home page to warn candidates to not fall for similar type of cons.

The con started with unsuspecting students getting unsolicited messages urging them to click on a link. On clicking on the link, the candidate was redirected to the fake website, where he/she was prompted to go through a two step process:

Steps mentioned in the con message:

CLAT authorities clarifying on the matter has said that they haven’t sent any messages to candidates and urged candidates to verify the source before making any monetary transactions.

What is also a matter of concern is how come a fraudulent website got hold of important details of the candidates.

There is a chance that many candidates may have been duped by these anti-social elements, though there is no confirmed figure as to how many candidates actually fell for it.

AILET 2020 to be conducted on August 9 in pen-paper-mode; remote-proctored mode kept as back-up
Manashjyoti | Jun 2, 2020

LSAT India goes online; students can now take the test from their homes
Manashjyoti | May 8, 2020

Assam CEE 2020 to be held on August 2; application dates extended