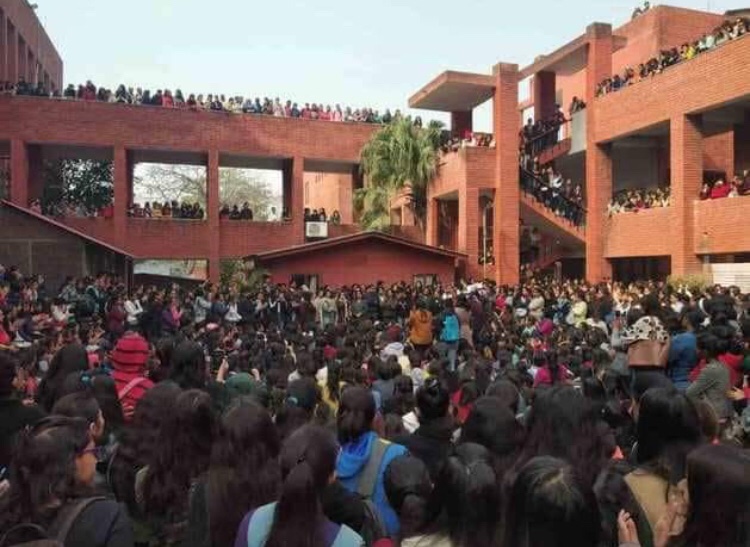 NEW DELHI: Delhi University "stands by the students of Gargi College", said a statement issued by its registrar close to a week after unknown men gate-crashed the college's annual festival and allegedly molested students. Gargi College is a women's institution affiliated to DU and the incident that has prompted the statement took place last week, on February 6.

The statement said: "The university strongly condemns the said incident of hooliganism, trespass, and any act violating the modesty of students. The university earnestly appeals to the law enforcement agencies to take strong action against the culprits."

The DU administration apparently learnt of the incident from the electronic media and "sought action-taken report" from the college's principal. Then on February 11, the proctor met senior officials of Delhi Police "and requested them to deploy police personnel round-the-clock at the gates of all the colleges", said the statement. The proctor met the police against on Wednesday to "deliberate upon the immediate measures to be taken". The registrar's statement says the university administration is "constantly on vigil" to ensure safety.

The statement goes on to reiterate that it had, on December 10, issued an advisory to colleges on the safety of women students and that on January 15, it constituted a committee on "Women Safety and Security".