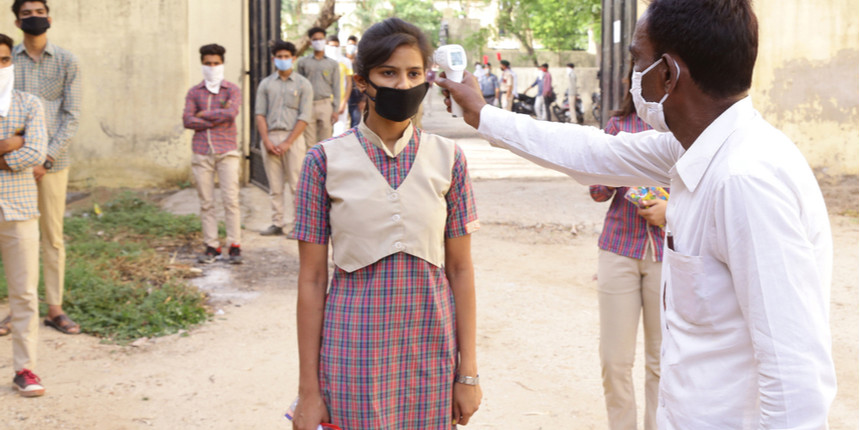 CHANDIGARH: Over 150 school students from three districts in Haryana have tested positive for coronavirus, prompting authorities to order the closure of the educational institutions for a few days, officials said on Wednesday.

The condition of the children, all students of classes 9 to 12, was stated to be stable and most of them were under home isolation, they said. While 91 students from 13 schools in Rewari district have tested positive for COVID-19, 30 students and 10 teachers of various schools in Jind district too have contracted the infection.

Thirty-four students and two teachers from Jhajjar district were also found infected with the virus, the officials said. Health Department officials said the schools where the students tested positive have been shut for a few days as per government guidelines.

The officials said they were keeping a close watch and regularly monitoring the health of the children. Besides, those who had come into contact with the children and the teachers were also being screened and tested.

State Health Minister Anil Vij, in a statement, said the health department teams will conduct checkups of students and staffers of all schools. He also said that strict action will be taken against the schools which are found not properly following the standard operating procedures (SOPs).

Nineteen of the 35 students of government senior secondary school in Kund village in Rewari district, whose samples were taken a few days ago, had tested positive for the infection, Deputy Commissioner Yashender Singh said on Wednesday.

Later, random sampling was done in 12 other schools of Rewari district and samples of nearly 1,000 students were taken, Singh told PTI over the phone. "All the children are stable, they are under home isolation. Medical teams are at the job and regularly monitoring their health. The students are of classes 9 to 12," he said.

Jind district's Chief Medical Officer Dr Manjeet Singh said nearly 4,800 random samplings were done in the schools during the past about two weeks. "So far, 30 students and 10 teachers have tested positive. Though they are doing fine, the health department teams are keeping a close watch and regularly monitoring their condition," he said.

Dr Sanjay said he has written a letter to the district education officer stating that all school students, teachers and other staff members who show influenza-like symptoms must immediately report to the health authorities.

"The health department will start a drive in schools and get such people tested," he said. The schools in Haryana reopened from November 2, but only students of classes 9 to 12 were allowed to attend with the prior consent of their parents.

Congress general secretary Randeep Singh Surjewala in a tweet in Hindi said, "In Haryana, 149 school students and 12 teachers have tested COVID positive, which is a cause of serious concern." "Is the government ensuring distribution of masks and sanitisers and following of social distancing norms in schools? The chief minister should tell how the spread of infection will be checked and what is the policy being adopted in this regard," he added.

Until Wednesday, Haryana has reported 2,07,039 coronavirus cases with 2,039 fatalities. Earlier in September, students studying in classes 9 to 12 were allowed to visit their institutions outside COVID containment zones only to consult their teachers to clear any doubts. Schools have been asked by authorities to follow all SOPs issued by the Union Ministry of Health and Family Welfare recently.