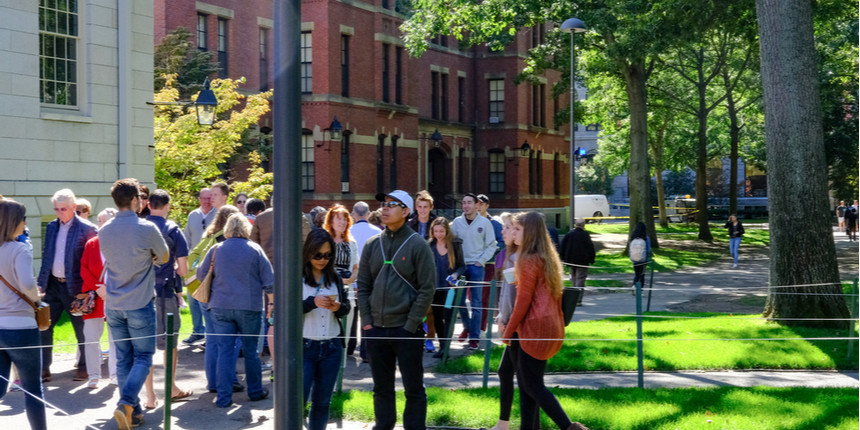 NEW DELHI: A foreign degree is still just as attractive but many hopefuls are now weighing the risks of moving abroad against staying in India to study and redrawing their plans.

For example, after two years of surveying the field and securing admission to Stanford University, Tanvin Aneja, from Delhi, abandoned his dream of studying abroad and settled for a private university in India. The COVID-19 pandemic has put paid to his plans. New applicants and their families are pulling out all stops to ensure a “zero year” - a gap year - is avoided.

"Over the two-year-long preparation, we did everything,” said Anju Aneja, Tanvin’s mother. They explored universities in the USA, United Kingdom and Canada and he even secured admission to some universities.

"I am feeling so bad because I worked so hard to get into Stanford University. I had a little fight with my parents about it. But I will go there for post-graduation," said Tanvin. "We cannot make him travel, and we cannot waste a year also, so he will take admission here itself. I don't want him to lose a year," added Anju Taneja.

Tanvin Aneja is not alone. Suraj Rajesh from Chennai had to drop his plan of studying in Canada after working hard to convince his parents to let him, an only child, to move. The parents, too, had just prepared themselves “financially and emotionally” when COVID-19 struck. Rajesh has now enrolled in a private university in India and online classes have already begun.

Vishakha (name changed on request), a student of Air Force Golden Jubilee school, New Delhi, aspires to join NASA as a scientist. "I love physics and want to study the subject in the United States," said Vishakha. She is so sure about what she wants in her future, she has even studied the course outlines of physics programmes in the US. What she’s less sure about is the access to healthcare for Indian students abroad.

"It was not easy convincing my parents and the pandemic has toppled everything," says Vishakha. But unlike the others, she is prepared to wait out the COVID-19 outbreak and postpone her studies until a vaccine is available.

"It is a global issue, and I know things will improve soon once the vaccine is there," she said.

At least some students in India are prepared for a gap-year too.