According to an NGO's report, schools see dip in new admissions, revenues, thus leading to salary cut for 55 percent teachers. 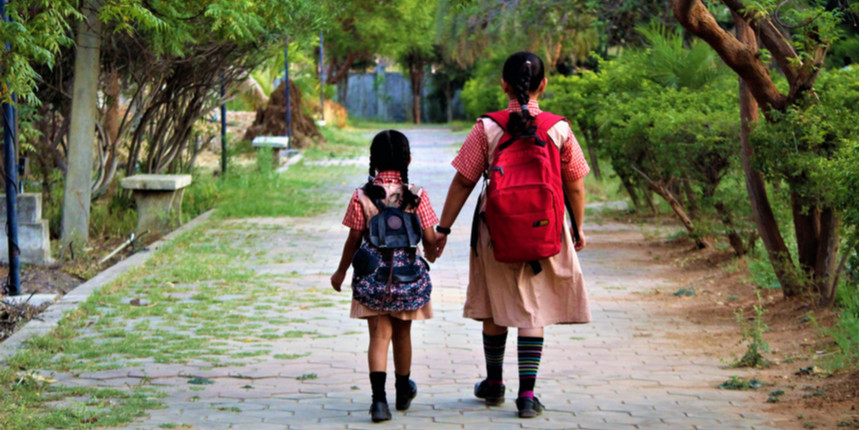 NEW DELHI: With the COVID-19 pandemic leading to prolonged closure, majority of private schools across the country have reported a 20-50 per cent decrease in revenue, leading to reduction in teachers' salaries at some of them, a new report said.

The report by the Central Square Foundation (CSF), an NGO working on quality school education in India, is based on a study with over 1,100 respondents (parents, school administrators and teachers) across 20 states and union territories. While over 55 per cent of schools said there was a major reduction in the number of new admissions this academic year, three-fourth of the schools have faced delays in RTE reimbursements. Non-minority private schools have to provide free admissions to students selected by the state government under the 25 per cent RTE quota. In lieu of the free admissions, the state reimburses them an amount fixed in advance. "Revenue decreased in the range of 20-50 pc for most schools but the cost heads have largely remained the same, thus making it difficult to continue operations seamlessly. Schools' revenues were hit by the inability of parents to pay fees regularly. This was highest among the urban schools. Fifty-five per cent of schools suggest that there was a major reduction in the number of new admissions in this academic year," the report said.

At least 77 per cent of schools said they are not interested in taking a loan to support school finances during COVID-19, and only three per cent have successfully accessed loans, while five per cent are waiting for their loans to be processed. "The schools reported that preferred source of loan is a public sector bank and the least preferred source is an NBFC," it said. At least 55 per cent of teachers across private schools faced a reduction in salary during the lockdown. "Schools paid teachers partially since other cost heads (bills, rent, etc.) couldn’t be avoided. Sixty-five per cent teachers' salaries were put on hold by low fee schools as compared to 37 per cent teachers whose salaries were put on hold by high fee schools. At least 54 pc teachers do not have an alternate source of income, 30 per cent supplemented their salary with private tutoring and coaching," the report said. It noted that 55 per cent of teachers are highly confident that their schools will be able to continue operations till the situation returns to normal.

The confidence level significantly reduces among rural school teachers and low-fee school teachers. On the part of parents, at least 70 per cent of them reported that school fees remained the same, and only 50 per cent of parents reported paying the fees, indicating a massive dent in school revenues during the academic year, the report said. "Twenty per cent parents reported an increased expenditure on technology and infrastructure and 15 pc reported increased education expenses. Seventy-eight pc parents reported that they will be able to continue to afford their child's education at the same school," it said. Schools across the country closed in March last year ahead of a nationwide lockdown to contain the spread of the coronavirus and shifted to online learning. While in October last year, several states reopened schools partially, they were again closed down during the aggressive second wave of COVID-19 in April this year.

Schools have again begun to reopen in several states, while some others have adopted a wait-and-watch policy. Education being a state subject, there was no directive regarding school fees during the pandemic by the Ministry of Education. However, a few states granted relief to parents by directing schools to charge only tuition fees or charge fees with reduced heads. According to a UNICEF report, the economic shocks of the COVID-19 pandemic have hit low-cost private schools (LCPS) especially hard. "LCPS have found themselves under significant financial stress; teachers have reported losing their jobs, having their salaries cut, or not being paid at all. Thousands of LCPS have already shut down, and thousands more are on the brink of permanent closures. LCPS also struggled to provide remote learning support to their students, and the likelihood of extensive learning losses among returning students is significant," a recent report said.