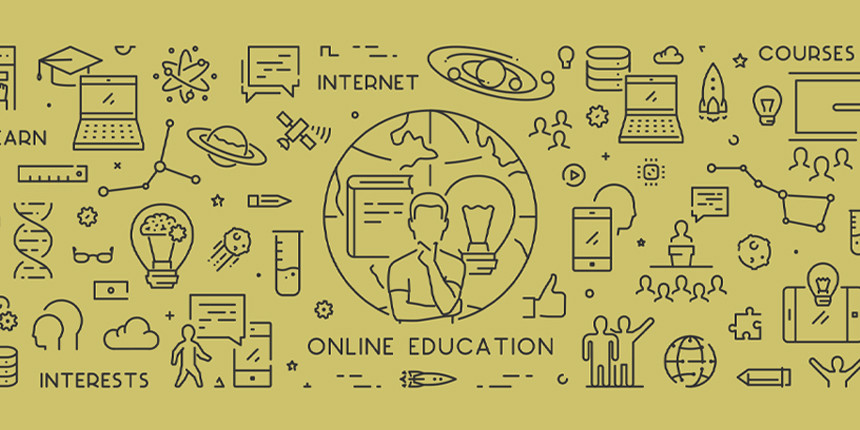 Over 2016-17, Jitesh V was teaching at a private engineering college in Kerala, but his heart was not in it. He had graduated with a B.Tech in mechanical engineering from Bimal Jyothi Engineering College in Kannur, Kerala, but failed to immediately secure a job. While teaching, he wrote various competitive examinations for government jobs.

He also completed four online courses – two in manufacturing technology, one in refrigeration and air conditioning and another in product design. He wrote the exams and collected certificates. In July 2018, they helped haul him out of academia and into a full-fledged engineering job with the Kerala Water Authority.

“The refrigeration and air conditioning course specifically helped me,” he said. “Because of it, I was able to answer certain questions in the exam.”

Similarly, Kalyan Chakravarty Ranga completed three certificate courses, including one in VLSI Physical Design. “I am now working in the same design field. The basic things covered in it are helping me in my job,” said Ranga. He now hopes to become a principal engineer some day and oversee all parts of a technical project. He also intends to do more courses online.

Jitesh and Kalyan both benefited from courses run by the National Programme on Technology Enhanced Learning, or NPTEL. An initiative of seven Indian Institutes of Technology (Bombay, Delhi, Kanpur, Kharagpur, Madras, Guwahati and Roorkee) and the Indian Institute of Science, Bangalore, it began offering courses designed and taught by their own faculty in digital format in 2003.

In 2017, with the Central government taking a keen interest in online education, it was subsumed within the Ministry of Human Resource Development’s larger initiative – the Study Webs of Active Learning for Young Aspiring Minds, or Swayam. Zealously promoted by MHRD and now set to deliver full degree courses, it had 1.23 crore enrolments since inception till mid-2019, but issued only about five lakh certificates.

Swayam was envisioned as a common platform for the online education efforts of public institutions. They were encouraged to start massive open online courses (MOOCs) and some of them even set targets for their teachers.

Nine coordinating bodies, including higher education regulators All India Council for Technical Education and University Grants Commission; advisory bodies such as the National Council for Educational Research and Training; and distance education experts such as the National Institute of Open Schooling and the Indira Gandhi National Open University, together organise the delivery of over 2,800 courses online.

NPTEL is one of the nine and the most successful part. It offers around 350 courses in science, technology and management. Swayam’s other branches offer courses in arts, commerce and bio-science, among others. There are courses for school children and teachers as well.

The courses are free but a nominal fee of Rs 1,000 is charged if a student wants to write the “proctored exams” conducted by the National Testing Agency. For a course to lead to a certificate, clearing the exam is mandatory. This is what Jitesh and Kalyan did.

If students already enrolled in a college take these courses and write the exams, “credits” thus earned can be transferred to their regular programmes, provided their university allows it. Over 125 universities do, Parameswaran N, advisor, National Mission on Education through Information & Communication Technology (NMEICT), told Careers360. A student can earn up to 20 percent of the total credits required for their programme on Swayam.

However, the government’s plans are more ambitious. Policy-makers see Swayam as serving the twin purposes of delivering high quality education and expanding the sector itself.

KR Srivathsan, professor at IIT Kanpur who was earlier associated with it, said that NPTEL was originally intended to supplement the learning of students enrolled in institutions that were under-resourced. “The basic idea was that students should not be deprived of opportunity to learn just because the colleges do not have adequate facility,” he said.

“What teachers in prominent colleges teach should be available even in the remotest parts of the country,” agreed Parameswaran.

“Second,” Parameswaran continued, “Our gross enrolment ratio is hovering around 26 percent. That is very low. We want to reach at least 30 percent in the next five years…That is the objective of Swayam.”

To this end, the government has allowed top tier universities, ranked and rated by its own agencies, to run entire degree courses online. This has had mixed responses.

Surya Prakash, 29, and a lawyer, was exactly the sort of student Srivathsan and Parameswaran described. In 2008, he had joined a public engineering college in Motihari, Bihar. “We had only four permanents teachers – the rest were all ad hocs,” he said. The standard of teaching was low and he relied on NPTEL although he didn’t register with it. “Seniors with contacts in Delhi would arrange for CDs. These would give us an introduction to the topic even though it was not enough, especially for many of us who were first generation learners. NPTEL would help us gain some familiarity with the subject.” Prakash has used MOOCs extensively ever since.

Although he has benefitted from them throughout his academic career, he doesn’t see them as a viable substitute for traditional classroom lectures. “We used to get bored watching the lectures, you couldn’t interact or get any feedback,” he said. “This can be an ancillary medium, not a substitute [for a mainstream programme]. The online student will not get a higher salary than those who have studied the same course in offline mode.”

However, the medium has evolved since Prakash’s student years. Along with pre-recorded videos and extra reading material, it now comes with busy discussion forums and “live webinars”, said Parameswaran. However, no statistics were available on how many participate.

Swayam programmes are structured. They run along the lines of university semesters with exams twice a year. They are 12-lecture or 24-lecture or 36- lecture modules.

“It can be one complete course like that runs in a normal university setting,” said G Bhubaneshwari of IIT Delhi’s electrical engineering department that offers a course on electrical machines on Swayam. “Most three-credit university courses correspond to 36 lecture hours. So, it can be one complete course which runs for 12 weeks or one portion of a full course which can be just 12 lectures or four weeks.”

After the courses, students are given online assignments that are evaluated with the help of teaching assistants. “For every course we are allowed three TAs,” she explained. Such internal assessment typically carries 30 percent weightage in the final score.

Parameswaran added that courses on programming languages like Python are “hugely popular” and that “participation is very high” of students from the southern states – Tamil Nadu and Andhra Pradesh.

While Swayam is too new for its impact on employment to show, NPTEL’s courses have helped many. Some have secured jobs; others have found help with research.

Ashwini Sharma, now employed with an information technology company, got the job because he had completed NPTEL’s introduction to “modern application development” as a third-year student of engineering in Bengaluru. “I got this placement because of the course,” he said. He had written the exam. His employer was aware of NPTEL and valued its courses, he said.

It also helped Nausheen Sheikh prepare for the exam for a junior engineer’s post in the Maharashtra State Power Generation Company Limited. Newly married, she had just shifted to Nagpur from Kolhapur where she had graduated in mechanical engineering. A full-time course would have been difficult to manage and she wanted to get settled first before starting work. “The [course] is of very good quality,” she said. “I say this because I had two constraints – first, I had very little time [to prepare] and second, it was not possible to get all the books required.” She passed the exam in her first attempt.

Tejaswi, a teacher at a private engineering college in Hyderabad and a PhD scholar, said NPTEL’s introductory course on smart grids helped her in her research on “protection issues and energy management in microgrids”. Similarly, G Ujwala, pursuing a doctorate in electrical engineering, has studied “advanced power electronic circuits” and “fundamentals of electric drive” to “update her knowledge”. Neither wrote the exams.

“All students who register for the certificate do not give the exam,” said Kondaveeti. “Around 13 percent of those who register for NPTEL courses eventually take the exams.” Apparently, the corresponding figure for international private MOOC services is in the region of three percent.

In 2019, nine lakh learners signed up for multiple courses each, leading to 18 lakh enrolments in NPTEL. Of these, 2.7 lakh resulted in certification. “This is a fairly good number in terms of response,” he said.

Most enrolment-to-examinee conversions are in NPTEL. Swayam as a whole, had seen 1.23 crore enrolments till mid-2019 leading to around five lakh certificates.

It does not appear to keep track of general attrition – how many are dropping out mid-course. The prevailing assumption is that learners stick to a course till the end to enhance their knowledge even if they don’t write the exam.

That is not true for everyone. Sanjeev Roshan, a government school teacher in Bihar, attempted to learn English through Swayam. “I did not understand much,” he said. “I thought I would learn the language and enhance my knowledge. Though it helped me a little, I gradually lost interest in the classes.”