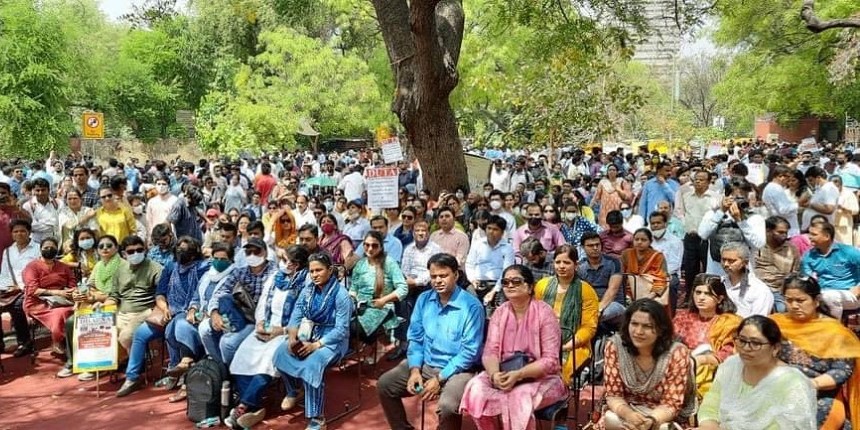 NEW DELHI: The Delhi University Teachers' Association (DUTA) on Thursday staged a protest in Lutyens' Delhi demanding a one-time regulation for the absorption of ad hoc and temporary teachers. Besides DUTA President AK Bhagi and other Office Bearers, Members of Parliament Ramesh Bidhuri and Prof Rakesh Sinha also addressed the gathering and assured the teachers that their demand would be raised not only on the floor of the Parliament but will also be presented before the Union Minister of Education.

Bidhuri promised that he will raise this demand in the Zero Hour in the Lok Sabha. Bhagi said their demand constitutes a step towards restoration of equality, dignity of teachers, gender equality, and maintenance of quality of higher education in the University of Delhi. He demanded the Centre to bring a one-time Bill/Regulation in the Parliament following DoPT norms to absorb these teachers.

Bhagi also criticized previous university vice chancellors for “stopping the appointment process” and allowing “ad hocism” in the varsity, while appointments in other central universities continued.

Meanwhile, the Delhi University has constituted a seven-member committee to draft policy guidelines for the Extra-Curricular Activities (ECA) for the 2022-23 academic session, an official notification said. Professor Alka Nagpal, Dean, Faculty of Music and Fine Arts has been appointed as its chairperson, while Dr Deepti Taneja, Joint Dean, Cultural Council office, has been chosen as its convener and member secretary. Anoop Lather, Advisor, Cultural Council has been appointed as the advisor to the committee. 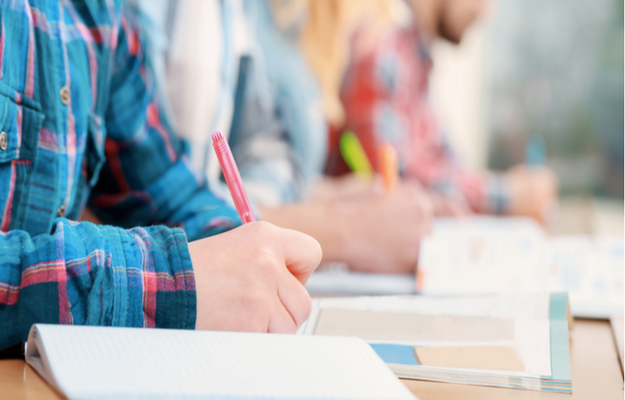