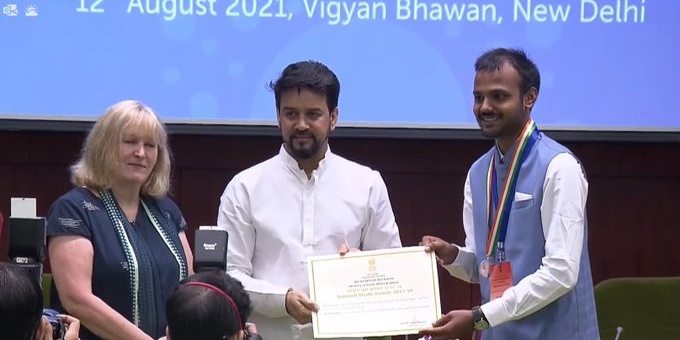 “Epitomising PM’s mantra of India-first, the youth icon from Odisha is doing inspirational work in educating the underprivileged and inculcating the spirit of innovation among students,” Dharmendra Pradhan said in a tweet.

Congratulate Mr. @AnilPradhanEdu on receiving the National Youth Award. Epitomising PM’s mantra of India-first, the youth icon from Odisha is doing inspirational work in educating the underprivileged and inculcating the spirit of innovation among students. My best wishes to him. https://t.co/hxm04ljrmG

Speaking on the occasion, the sports minister said, “The Indian youth are the drivers of Atma Nirbhar Bharat”. Mentioning six new unicorn startups coming up in just four days, Thakur said, “Start-Up companies are acquiring companies faster than the MNCs.” Atma Nirbhar Innovative start-up companies with technological innovations are taking India ahead of the world, he added.

Union Minister @ianuragthakur confers the National Youth Awards 2017-18 and 2018-19 to 22 awardees on #InternationalYouthDay today; says "India’s youth are the drivers of AI–‘AatmaNirbhar Innovation"

The International Youth Day is observed every year on August 12. Every year governments from across the globe recognise the problems faced by the youth of the country. In 1999 the United Nations General Assembly endorsed the recommendation to mark a Youth Day made by the World Conference of Ministers Responsible for Youth. 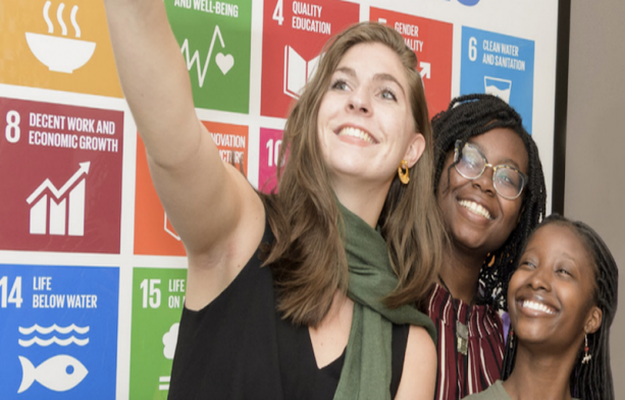 International Youth Day 2021: Why it is celebrated, date, theme this year