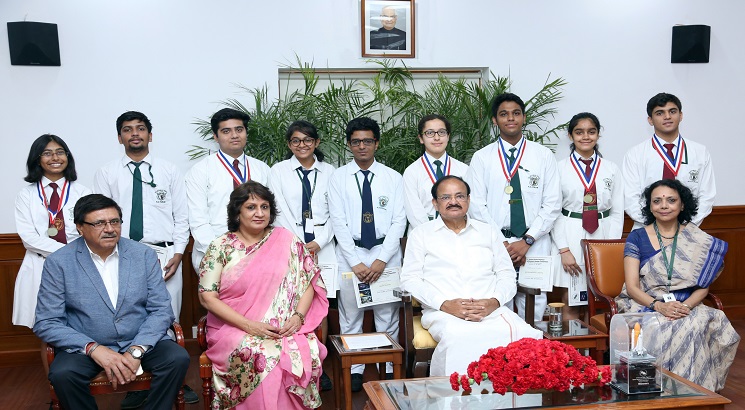 NEW DELHI, JUNE 20: Students of Delhi Public School, RK Puram, have been selected to represent Asia at the International Space Settlement Design Competition. The students earned this opportunity after winning the prestigious Asian Regional Space Settlement Design Competition. They won their spot after beating participants from schools of various countries including China and Pakistan.

The Vice President of India, Venkaiah Naidu, congratulated the young minds for their achievement and wished them luck for the upcoming International event. Accolading the efforts put in by the winners, he also discussed the importance of innovations in the Aerospace industry and of the scientific research as a whole.

“The blessings and good wishes from the Vice President will encourage the students to perform well in the finals”, said Vanita Sehgal, Principal, DPS who visited Naidu along with her students.