DU admission for first round closes; fee payment till Oct 16 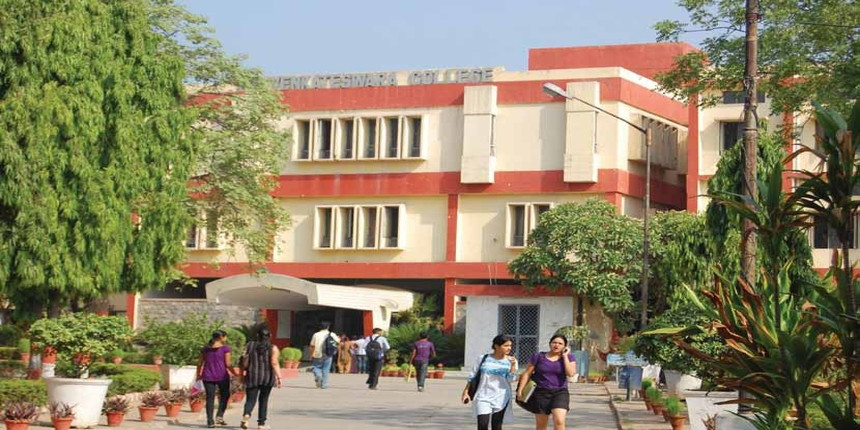 NEW DELHI: The Delhi University's admissions under the first cutoff list closed on Wednesday with the varsity approving 37.14 per cent of over 59,000 applications, officials said. The first completely online DU admission process commenced on Monday and ended at 5 pm on Wednesday.

The applicants can pay the DU admission fee to confirm their seats till October 16 (11:59 pm). The admission fee can be paid through debit card, credit card or net banking.

According to data shared by the varsity, out of 59,730 applications, it has so far approved 22,186 applications, while 11,248 aspirants have paid the fees. Shri Ram College of Commerce (SRCC) principal Simrit Kaur said the college has had 125 admissions under the BA (Honours) Economics and 121 under BCom (Honours). The college had announced a cut-off of 99.50 per cent for BCom (Honours) and 99 per cent for BA (Honours) Economics.

"We are happy with the admissions that have taken place, especially for the Economics (Honours) course. The cutoffs were decided after lots of analysis. We kept the cutoff at 99 percent for Economics (Honours) rather than keeping it higher and it was done after lots of discussion," she said. Suman Sharma, principal of Lady Shri Ram College of Women, said the data of admissions would be available only on Thursday.

"There have been quite a few number of applications and we are in the process of approving them. We have to be very careful in analysing documents. In one of the subjects we might have exceeded the number of seats while in another course, we have admitted the optimum number of students. The cutoffs for the second list will see a marginal decline and that marginal decline has to be decided," Mr Sharma said.

At Rajdhani College, there have been a total of 380 admissions, with 60 students being admitted to BA (Honours) History, 54 to Mathematics (Honours) and 35 to Political Science (Honours) with more than 35 percent of the seats being filled, according to data shared by college principal Rajesh Giri. The varsity had received over 3.54 lakh applications for admission to 70,000 seats.

"It was a smooth process. Students still have time to pay the fees. We have had a good number of applications for humanities courses like BA (Honours) Political Sciences, BA (Honours) History and in science courses like Chemistry (Honours), Physics (Honours) and Zoology (Honours)," she said.

"We have approved close to 1000 admissions and 450 have paid the fees," she said. Till Tuesday, over 6,700 applicants had paid the fees out of over 22,000 approved applications.