'Ensure no Kashmiri student is harassed': Punjab Govt to universities 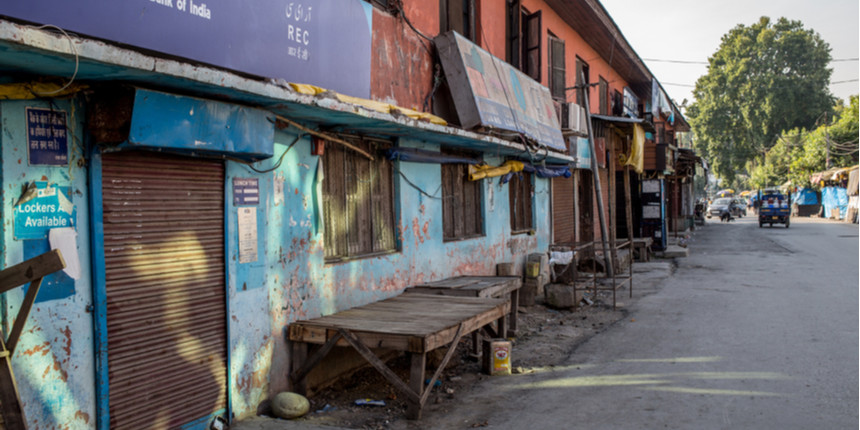 NEW DELHI: The Punjab Government has directed universities in the state to "ensure that no Kashmiri student is harassed for delay in payment of fees or attendance shortage resulting from the clampdown in the Valley".

The direction, dated November 30, 2019, is from Punjab’s principal secretary, higher education, and addressed to the vice-chancellors of 16 state universities.

Earlier, Punjab's chief minister, Amarinder Singh from Congress, had said on the social media website, Twitter: "Will not allow this to happen in my state. It was not the fault of the students and I will ensure that they do not suffer on account of the delay in payment of fee or attendance resulting from the clampdown in Kashmir, which was never in their control."

As Careers360 earlier reported, Kashmiri students studying in Punjab and Uttarakhand’s private universities complained that they were being fined for being late in paying their fees or falling short of attendance during the months of lock-down in Kashmir. 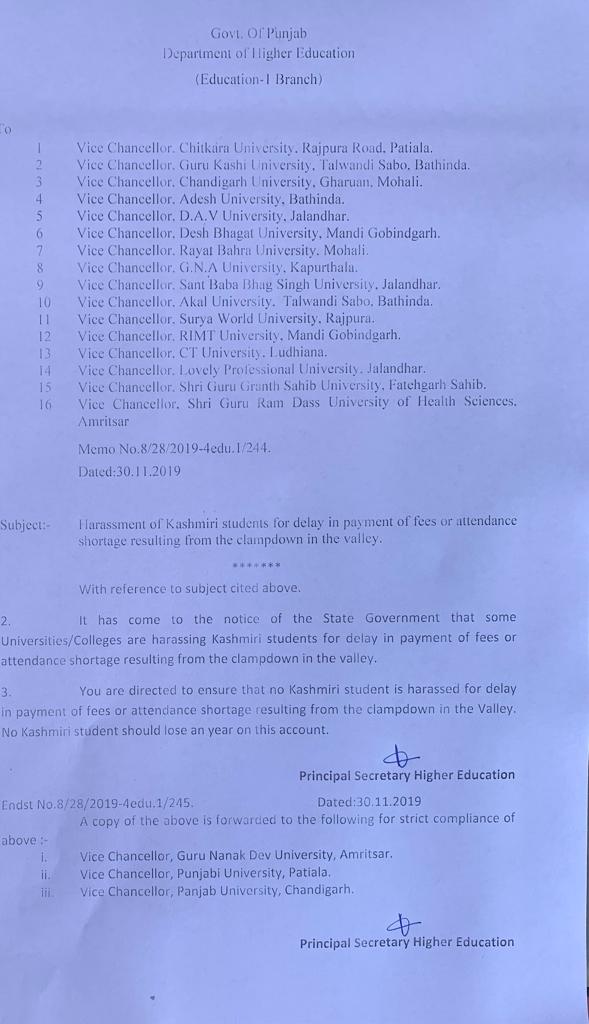 On August 5, the Article 370 of the Constitution was abrogated, withdrawing the special status of Jammu and Kashmir. The state itself was split into two Union Territories.

To prevent protests and backlash from residents, the Narendra Modi government imposed a lock-down in the valley that lasted months. Although the Centre has repeatedly denied it, media reports have documented that all communication services, including landline phones, were blocked, the state’s political leaders placed under arrest and families confined to their homes. Students told Careers360 that they struggled to reach their colleges and now, with the clampdown’s adverse impact on the state’s trade and jobs, their families will be unable to pay the fines.

The order finally says: "You are directed to ensure that no Kashmiri student is harassed for delay in payment of fees or attendance shortage resulting from the clampdown in the Valley. No Kashmiri student should lose a year on this account."