Equal marks not awarded to students by schools: Teachers organisations

West Bengal's teachers organisations have said that due to the inconsistency in marks, various students secured higher marks in Class 10 board exams. 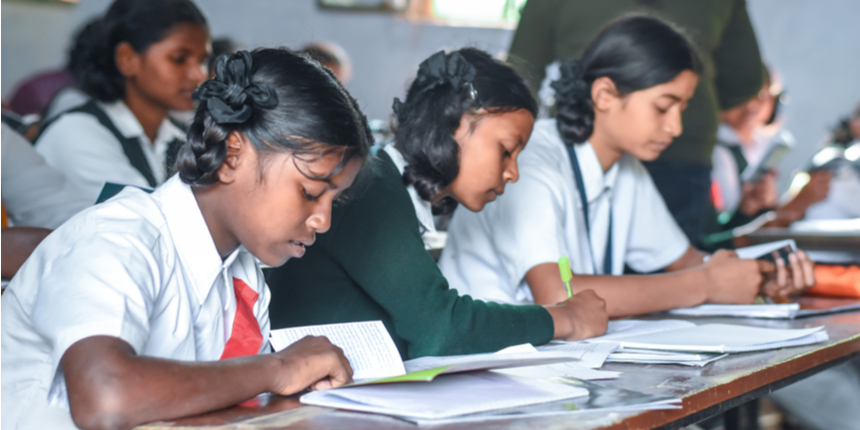 KOLKATA: Several school teachers organizations in West Bengal have said that lack of uniformity in awarding marks by schools in class 9 examination led to a majority of students securing higher marks in the Madhayamik (Class 10) examination. More than 90 per cent of the students secured first division marks in this year's Madhyamik examination and the pass percentage was a record one hundred per cent.

The Madhyamik examination could not be held this year due to the pandemic situation and the evaluation was based on the candidate's performance in the 2019 class examination in Class 9 and internal assessment for every subject in Class 10 on a 50:50 basis. The teacher’s organizations also voiced concern that with so many students securing high marks and the pass percentage one hundred per cent there are more pass outs than Class 11 seats.

There is a reason to believe that many schools were not strict in awarding Class 9 exam marks to the students and the West Bengal Board of Secondary Education could do little in such situations as they had to go by the marks sent by the schools, All Bengal Post Graduate Teachers Welfare Association office-bearer Chandan Garai told PTI Wednesday. "Many schools are not that tough in screening students when they are promoted to class 9. The screening becomes tougher in class 10. When the board announced 50:50 ratio in good faith giving equal weightage to class 9 annual exam number and subject wise internal assessment in class 10, we had this fear about each candidate getting numbers not commensurate to their ability and that came to be true," Garai said.

He said the emerging situation will lead to lesser number of seats in higher secondary institutions as over 10 lakh students have passed with over 9 lakh getting first division and the students with less merit will benefit. "Also a large number of students will try to enroll themselves in science subjects as they have got 70-80 per cent marks though they would have deserved not more than 40-45 per cent. What would these students do after opting for science," he wondered.

Senior teacher and office-bearer of Paschim Bango Sikshak Samity, Naba Kumar Karmakar said around 35,000 students in city and over 10 lakh in the state would not have much problem to get a seat in a higher secondary school but the meritorious ones may not get a school of their choice. "Hence we would ask the higher secondary schools to conduct an entrance test for the students, at least for science streams, so that there is a proper evaluation and the deserving ones are not deprived," the senior teacher said. He said 35,000 students in city won't face a problem to find a seat in Class 11 but again getting the right institution will be. "Also of the 10,79,749 candidates, the number of girls was fairly higher than boys this time. Hence all the girl students may find problem in getting berths in schools many of which are for boys only and several coeducational as well," he said.

Both said it was doubtful if the candidates would like to sit for offline exams now as suggested by Board once the COVID-19 situation improved. Tarun Naskar said on behalf of All Bengal Save Education Committee "we had thought the pass percentage could be 100 per cent going by the 50:50 per cent evaluation methodology of the Board. This led to many candidates not getting their favourite subjects while meritorious students will suffer."

How engineering colleges are preparing for BTech in regional languages
R. Radhika | Jul 21, 2021