Graded autonomy will give good institutions a lot of leeway 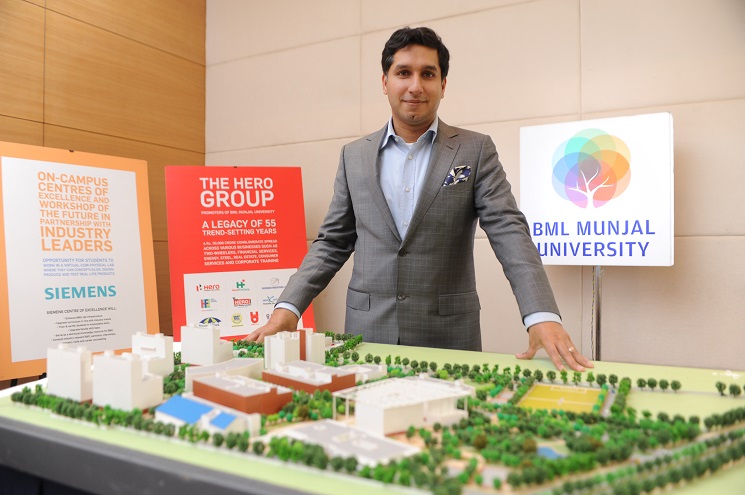 Akshay Munjal, President, BML Munjal University, speaks to Careers360 on why the government should treat public and private universities equally...

Q. The New Education Policy is on the anvil. What are the critical areas it should address?
A. The New Education Policy is talking about the graded autonomy, which is a great thing to do and they are awarding you for achieving a certain task. Given the way the NAAC and NIRF framework has become more transparent, it really sets the goal to work towards. The graded autonomy will give good institutions a lot of leeway and a lot of encouragement and motivation to work in the  right direction.
On the flip side, I would also like to see how the regulatory bodies are going to support the private universities. On one hand, they have made a level playing field but on the other hand, the government funding favours public universities. As a private university you are battling against all odds to come in the top league. The regulatory bodies should open up the research field and let the best player win and also let other funding schemes open for public and private universities.

Q. In US philanthropic organisation support private universities. The thinking is that the public universities have government money. So, don't private ones need that support?
A. US economy has the true form of capitalism, be it education, healthcare, public welfare, all the schemes are open to public and private equally. The top 10 universities are private and all of them are over 100 years old and they have proved themselves. The US government  is very clear that education is not their role. We are somewhere in the middle, capitalist in some areas and socialist on some. Therefore, we need a very clearly defined approach to education.

Q. The cost of education is increasing. How can this be kept under control so that it doesn’t become a roadblock towards access?
A. We have to first see why the cost of education is going up. If we look at past one year since the 7th Pay Commission came in, the new salary has been defined, the government also defines the workload, above that there is GST on education and the private sector does not get any input credit. Thus, the cost is increasing. We are putting in money from our own pockets for everything at the university. The solution is that the government should support the private sector to keep cost in check and remove GST which burdens the students.