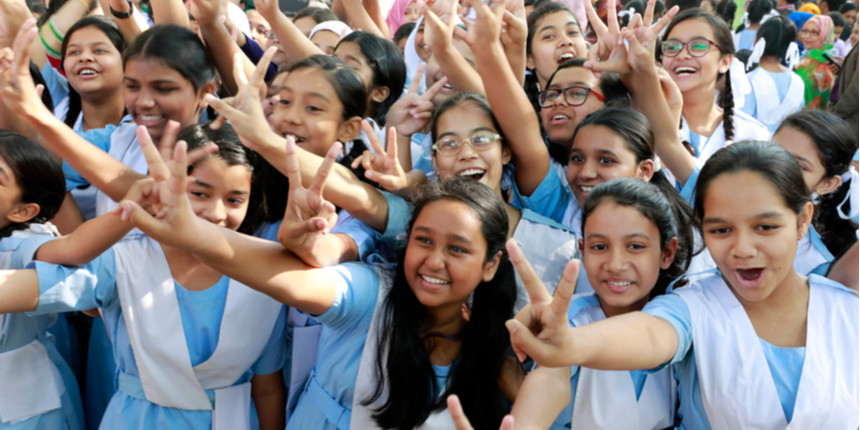 NEW DELHI: Twins Mansi and Manya not only look alike, but they also managed to score identical marks in their class 12 examination, results of which were announced by the CBSE on Monday, July 13.

The Noida-based identical twins scored 95.8% each, and also received the same marks in each subject. Both of them plan to pursue engineering and are waiting to appear for JEE Mains which has been postponed to September because of the coronavirus pandemic.

The sisters, who also have similar habits, say they were sure about performing well in the exams but had not imagined that they would end up scoring identical marks.

"Everybody remembers us for identical looks and its only our names that differentiate us. We were confident about scoring well but were not hoping to score identical marks. When we analysed our performance post exams, we were hoping Manya would score more," Mansi told PTI.

Sharing the excitement, Manya said, "I had read two years back about identical twins scoring identical marks. But then I thought it was too much of a coincidence.

Still can't believe we scored exactly the same as well." Manya said while the competition between the two sisters was always neck-to-neck, they had not scored exactly the same marks before. "There was always a healthy competition between the two of us and it was neck to neck. However, we had command on different subjects. I am better at Chemistry while Mansi has better command on Physics," she said.

The sisters, who studied at Aster Public School in Greater Noida, scored 98 in English and computer science, and received 95 each in physics, chemistry and physical education. Born just nine minutes apart, the twins also share a love for food and badminton. Girls outshone boys by nearly six percentage points in

Central Board of Secondary Education Class 12 examination results declared on Monday, July 13 based on an alternative assessment system adapted after some tests had to be cancelled due to the COVID-19 pandemic.

The board also decided against announcing a merit list this year in view of the exceptional circumstances. The number of students scoring over 95 per cent in class 12 exam this year is more than double the 2019 figure of 17,693, the CBSE said.