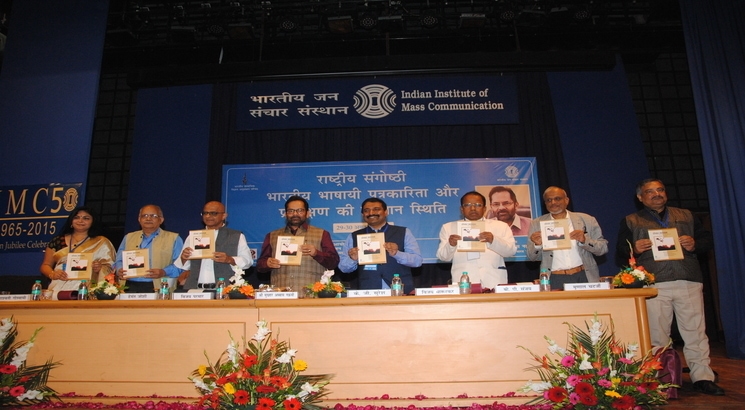 NEW DELHI, OCTOBER 31: At a two-day national seminar organised on the state of Indian Journalism and Training, Indian Indian Institute of Mass Communication (IIMC) announced that a niche course in Bengali Journalism will be introduced at its Dhenkanal Campus.

The seminar focused on key issues that concern the consumption and diverse use of Indian languages across mediums. Talking about the introduction of new course, K. G. Suresh, Director General, IIMC said, “I think people are more interested to read watch and hear news in their own language. This is mainly because of the growing literacy rate in our country as people are more aware and conscious of their language. At IIMC, we are diversifying and promoting Language Journalism at our Regional campuses, with Malayalam, Odiya, Marathi, Urdu and Sanskrit Journalism and now we will be introducing Bengali journalism to our Dhenkanal Campus.”