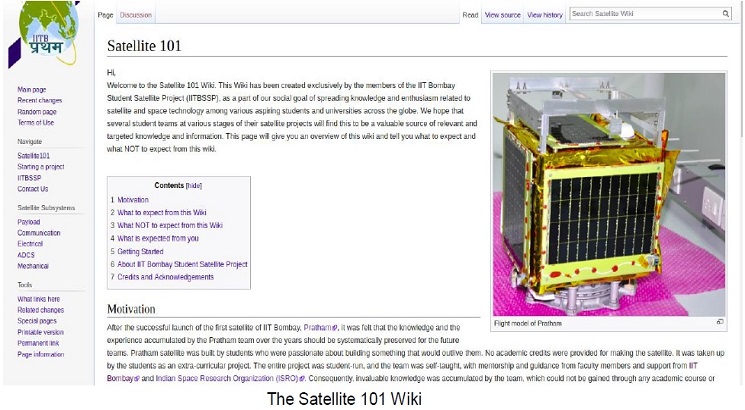 NEW DELHI, MARCH 1: Elon Musk has become a household name not in the US but across the world with the success story of SpaceX, as till date Space Sciences was seen more of a sector meant for the Governments, due to the involvement of complex technologies and the huge amount of investment needed. However, with the advent of SpaceX, the whole outlook has changed and now many youths aspire to dirty his hands in this field.
The role of Indian Space Research Organisation (ISRO), cannot be undermined as it has worked tremendously in reducing the cost of sending satellites and various other missions into the outer space as well as encouraging young minds in higher education institutions from different parts of the country in the development of satellites.

Going a step further in realizing the dreams of young minds, students of the Indian Institute of Technology Bombay (IITB) have developed a satellite Wiki aimed at helping students of other institutions in other parts of the globe, who wish to start off their own satellite projects.

The Launch of Wiki 101
After Pratham, Student Satellite Team of IIT Bombay makes its knowledge accessible to the masses on the occasion of National Science Day on February 28, 2018. As per the Institute, “The Student Satellite Team of IIT Bombay presents a small gift to India, in return for the love, support, and appreciation that the team has received from the nation throughout its journey. The team proudly presents the Satellite 101 Wiki, a systematic and organized compilation of the knowledge and the experience gained by the team through the journey of Pratham, IIT Bombay's first student satellite, aimed at helping various students and colleges across India, who wish to start off their own satellite projects.” It is live at https://www.aero.iitb.ac.in/satelliteWiki

Why document all our knowledge?
After the successful launch of the first satellite of IIT Bombay, Pratham, it was felt that the knowledge and the experience accumulated by the Pratham team over the years should be systematically preserved for the future teams.

Yash Sanghvi, who was a part of the Pratham team and is now the Project Manager of the next satellite project Advitiy said, "One of the driving factors in making Pratham was to create something that would outlive the student's tenure at IIT Bombay. At the same time, we wanted to involve more and more people in satellite and space technology. We carry forward the same spirit into Advitiy."
No academic credits were provided for making Pratham. It was taken up by the students as an extra-curricular project. The entire project was student-run, and the team was self-taught, with mentorship and guidance from faculty members and support from IIT Bombay and Indian Space Research Organization (ISRO).

Consequently, invaluable knowledge was accumulated by the team, which could not be gained through any academic course or from a book, but through experience and rigor, and it needed to be preserved. In parallel, the team was approached by several students from all over India, who were seeking help in starting off a Student Satellite Project in their own college/ university.

Strongly motivated by their social goal to spread their knowledge and enthusiasm related to satellite and space technology among various aspiring students and universities across the globe, the team was looking for a way to help aspiring students in a detailed manner without compromising with the work of IIT Bombay Student Satellite Project (IITBSSP). These requirements led to the birth of this Satellite 101 wiki. Since the team began working on IIT Bombay's second satellite, Advitiy, they decided to maintain this wiki in parallel to their work on Advitiy to keep evolving with their experience. 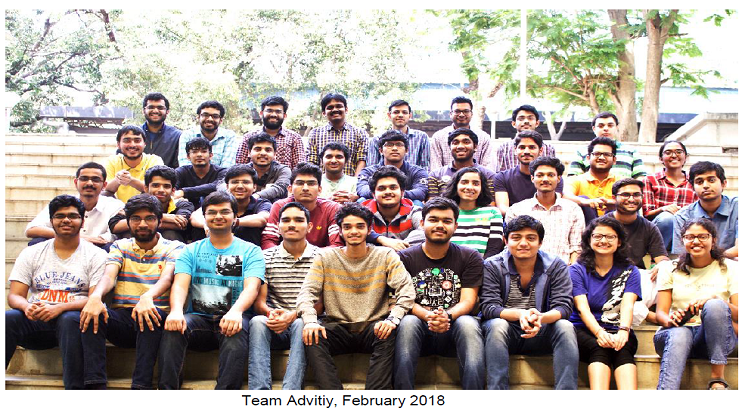 “I certainly enjoyed writing these pages. This Wiki gave me an opportunity to hone my creative side while strengthening my own technical concepts. And it always feels nice to share your knowledge!” said Sukanya Kudva, member of the Attitude Determination and Control Subsystem of Advitiy.

Each of the Wiki documents were then reviewed by the Project Manager. Once the documents were ready, the focus shifted to the web team, which was responsible for properly uploading it online in a concise and presentable format.

“Though the content was ready by December end, putting it up online was quite a challenge, especially because the proper formatting of equations and images and the provision of other reader-friendly features demanded time,” said Alok Kumar, the web convener of IITBSSP, who was responsible for setting up the Wiki online. In all, it took over 6 months to bring the Wiki in its present form.

What’s next?
The team is hopeful that in the long run, the Wiki will evolve to become a useful resource for all the queries and problems faced by the various student satellite teams. We also expect this Wiki to inspire more and more people to take the first and the most crucial step in satellite building: starting the project! We hope that this Wiki will lead to many more Prathams across several colleges and universities of India.