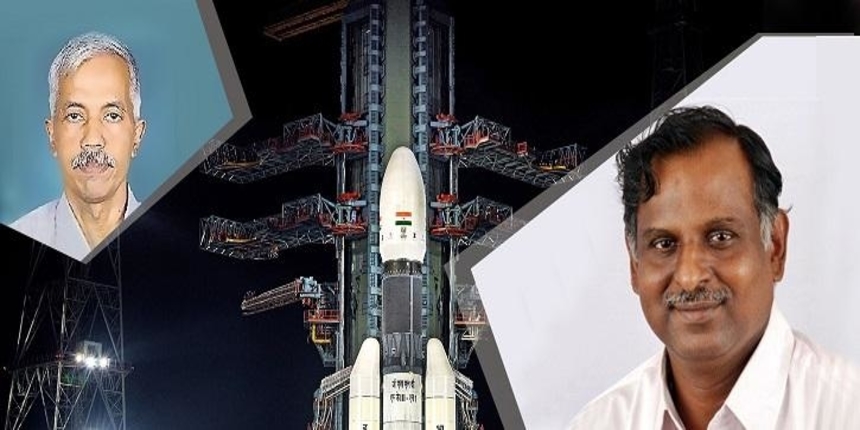 NEW DELHI, JULY 25: It was a week of celebration with India’s moonshot Chandrayaan -2 being launched by Indian Space Research Organization (ISRO) from the spaceport at Sriharikota at Andhra Pradesh. And this time too IIT Kharagpur has a reason to give its traditional tempo shout. Two Kgpians were among the noted scientists who played a key role in the successful launch of GSLV MkIII – M1/Chandrayaan -2.

Alumnus Dr V Narayanan, an expert in cryogenic rocket propulsion technology, was responsible for the manufacture of GSLV rocket’s cryogenic and liquid engines. He did his MTech in Cryogenic Engineering in 1990 and PhD in Aerospace Engineering in 2001 from IIT Kharagpur. Dr Narayanan joined ISRO in 1984 and has held various positions during the last 34 years. Currently, he is Outstanding Scientist and Director at the Liquid Propulsion System Centre (LPSC), ISRO, Thiruvananthapuram. LPSC is the lead centre of ISRO and is responsible for the development of liquid propulsion systems for satellite launch vehicles and spacecraft. Dr Narayanan was conferred with the Distinguished Alumnus Award by IIT Kharagpur in 2018.

And then there is K.C. Raghunatha Pillai, a rocket specialist who did MTech in Cryogenic Engineering in 1986 from IIT Kharagpur. On July 15, the initially scheduled Chandrayan-2 mission was suddenly halted. After loading the cryogenic fuel into the rocket, the team of rocket specialists observed a technical issue. Pillai played a crucial role in averting this disaster. He is the Vehicle Director of Chandrayaan-2. He started his career as a project engineer in INSAT-2A programme at the Space Applications Centre, Ahmedabad.

Chandrayaan-2 is being hailed as the most complex and prestigious mission ever undertaken by the ISRO since its inception in 1969. Chandrayaan-2 has set the course to the moon’s south polar region which remains unexplored till date.