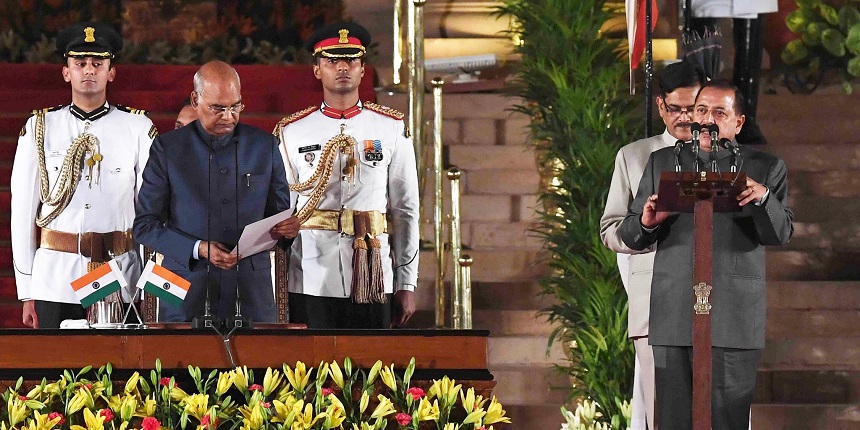 NEW DELHI: Union minister Jitendra Singh on Saturday said Jammu has the potential to emerge as a distinct integrated education model in the country, according to a statement issued by the Personnel Ministry here.

Addressing an event in Jammu, he said as India evolves into a frontline nation in the world community, the mantra for success will be to pull out all academic faculties from silos and integrate them for meaningful and cost-effective outcomes.

At the event, a multipartite MoU was signed between AIIMS Jammu, IIT Jammu, IIM Jammu and University of Jammu. Singh described it as a landmark occasion and the "rise of a rare quaternary" bringing together medical science, engineering technology, management skills and varied specialised disciplines on the same platform.

The minister of state for personnel said this is a unique model which has the capacity to be developed and extended further. "With different kinds of higher education institutions coming up within close vicinity of each other and catering to diverse specialisations and streams of academics, Jammu has the potential to emerge as a distinct integrated education model, which can also be emulated in other parts of the country," the statement quoted Singh as saying.

On the coronavirus pandemic, he said that almost every department, ministry or agency launched a project on Covid because it fetched visibility, media attraction and funds. If only all these different agencies or departments had pooled their resources to come up with a single project on Covid, the outcome could have been much better, he added.

Referring to the new industrial policy for Jammu and Kashmir, Singh said Union Home Minister Amit Shah will launch a web portal on August 31 for the registration of units under the new central scheme for the industrial development of the union territory. "This will also be optimally useful only through an integrated approach if we are able to integrate the academic institutions with industry, start-ups, private sector, etc.," he said.