The 60-foot-long and seven-foot-high tribute Wall, which will include the names of 1,040 freedom fighters, is being built in collaboration with Chakra. 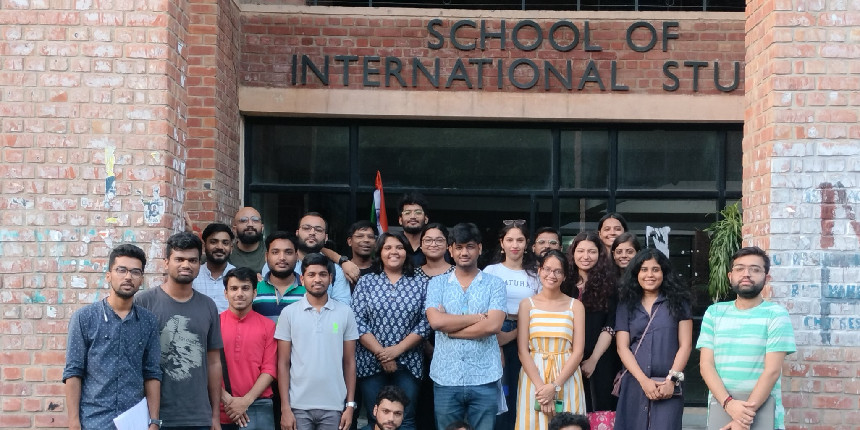 NEW DELHI: JNU Vice-Chancellor Santishree Dhulipudi Pandit on Thursday reaffirmed the varsity's commitment to Prime Minister Narendra Modi's vision of setting all Indians on the path to development and nationalism. Speaking at an event at the varsity, Pandit said, "JNU is first in academics, first in research and first in nationalism and in paying our tributes to freedom fighters, unsung heroes of this great nation."

"On the occasion of Azadi ka Amrit Mahotsav, JNU reaffirms its commitment to Prime Minister Narendra Modi's paradigm shift. This paradigm shift has been in getting all the Indians towards development and nationalism... a vision with a mission," she added. The Jawaharlal Nehru University (JNU) vice-chancellor was addressing the foundation stone-laying ceremony of a 'Tribute Wall' to commemorate the unsung heroes of the Indian Independence.

The Tribute Wall is being built in collaboration with Chakra Foundation. The 60-foot-long and the seven-foot-high wall will have the names of 1,040 freedom fighters inscribed on granite stones with QR (Quick Response) codes. People can go to the Chakra app and scan the code to read about a freedom fighter.

"Through the Tribute Wall, we join tradition with modernity... A forgotten history into living memory. We, the people, who have taken our freedom for granted should remember the great heroes. Please rededicate yourself to the nation in the spirit of these unsung heroes," Pandit said. Pandit's speech was greeted with slogans of 'Bharat Mata ki Jai' and 'Vande Mataram' from students in the audience.

The event was also attended by Puducherry Assembly Speaker Embalam R Selvam, Lok Sabha MP Ramesh Bidhuri, and Chakra Foundation Founder Chakra Rajasekar. Selvam said, "This initiative of putting up the tribute wall will inspire the young generation. This will create an impact on the youth who don't know about freedom fighters."