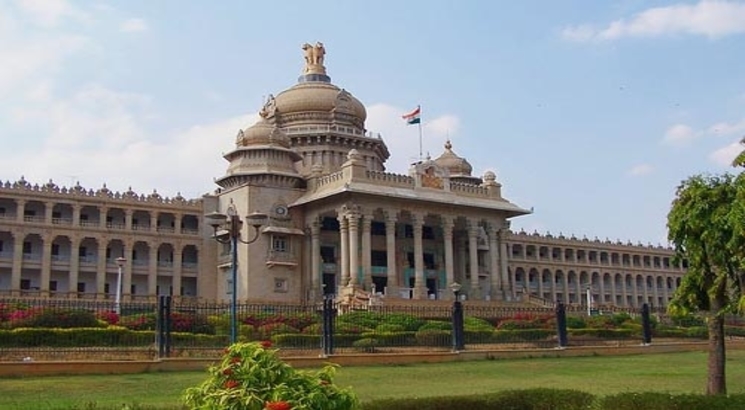 NEW DELHI, DECEMBER 20: In anticipation of garnering additional monetary support for enhancement of medical colleges, Karnataka government has planned to introduce a new reservation quota in favour of Non-resident Indian (NRI) students, applicable in few state-run institutions. The medical education minister, D K Sivakumar, announced the introduction of NRI quota before the house in the ongoing session in Belagavi.

The state government will reserve 15% of the seats in MBBS and postgraduate medical courses for the NRI students in 16 government colleges. The government has cited the need for ‘maintenance and improvement’ of college infrastructure as the reason for bringing this change. The decision has come in the background of rising demands like advanced technology and the latest medical equipment in the discipline.

There are reports that the state government also intends to hike the tuition fee of all MBBS and postgraduate courses that could increase the overall expense of education for the students aspiring to study medicine. D K Sivakumar has implied, in a response to a fellow Member of Legislative Council in the latest Belagavi legislature session, S V Sankanur, the huge rise in the cost of education as the crucial reason behind state’s decision to raise the tuition fee.

According to media reports, Dr P G Girish has stated that instead of disturbing the quota distribution in the state, additional seats are being sought to cater to the new arrangement. The proposal is being sent to the National Medical Council (NMC), which is likely to supersede Medical Council of India (MCI), for their approval, Dr Girish confirmed to the media.  Despite the official claims that this move will not affect the quota seat distribution in the state or in the All India quota as directed in NEET guidelines, the student community has been widely critical of the government’s decision as this move will not only increase the fees of government medical colleges at both UG and PG level but also introduction of NRI quota will bring mediocre students in the institutions.

Officials have maintained their stand that this move will not lead to the degradation of quality in student base. For the selection of NRI students, NEET score and rank will also be considered to determine their eligibility for the seat. However, the announcement is being seen as pro-NRI students, who can afford to pay for the education as against meritorious students who cannot. The fact that the cutoff for NRI quota is low as compared to the general quota signifies that the quality of students taking admission under NRI quota is not at par with the general quota candidates.

The private institutions and Deemed Universities in the country maintain a quota of 15% for the NRI students. Karnataka government’s decision has created a rift between the authorities and students on the grounds of commercialising education and discounting of student’s benefit over earning the profit.

This decision becomes even more debatable because of admission pattern in NRI quota. A substantial amount of seats go vacant in the NRI quota. In 2018, only 1,651 candidates appeared for NEET under NRI quota among which 1,200 candidates could qualify the exam.

The government colleges of the country are most sought after institutions for education in medicine because of its low-cost, increasing the tuition fee and changing the quota distribution can be problematic in such case.

Karnataka state is one of the most preferred choices among medical aspirants as the state has a total of 57 colleges which offers good quality medical education. On top of this, the fees of even private colleges under Private quota is affordable and the cutoff is comparatively lower than other states. Candidates completing MBBS from Karnataka also become eligible to pursue postgraduate medical courses in the country for seats offered under Government quota.

The Karnataka government is planning to bring out this change in the coming academic year. As it is assured by the government that there will be no change brought in the seat structure under the current quota system, the NRI quota will be only introduced once the seats are increased in the specific government colleges.