The country’s first virtual university Kerala University of Digital Sciences, Innovation and Technology will have five schools and offer PG and research programmes. 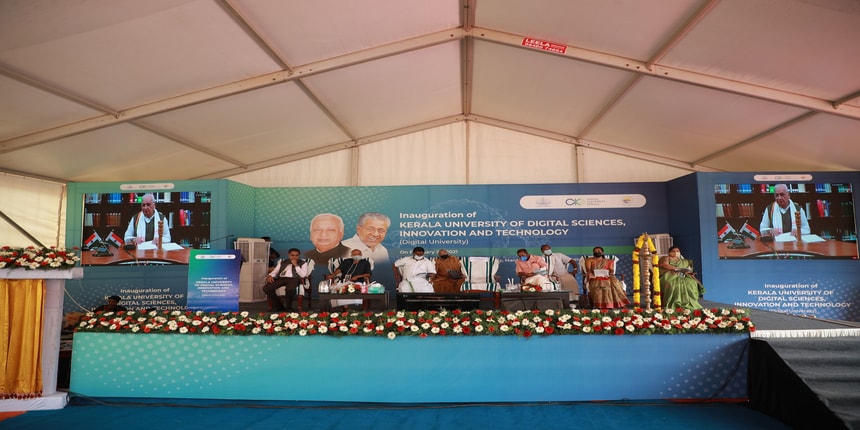 NEW DELHI: The first digital university of the country, Kerala University of Digital Sciences, Innovation and Technology (KUDSIT) was virtually inaugurated by the Governor of Kerala, Arif Mohammed Khan, on Saturday. The university is based at Technocity in Mangalapuram, a statement from the university said.

With a focus on creating a futuristic institution of higher learning, the university will offer postgraduate programmes and research. “The university is starting with five schools of knowledge – School of Computer Science and Engineering; School of Digital Sciences; School of Electronic Systems and Automation; School of Informatics; and School of Digital Humanities and Liberal Arts, covering science, technology and humanities aspects of the digital world,” the statement said.

The Kerala chief minister, Pinarayi Vijayan, presided over the online function and unveiled the university plaque on the occasion.

Arif Mohammed Khan, who is also the Chancellor of the University, said that the launch of the digital university is part of the state’s resolve to embrace new technologies and desire to use them for bringing positive changes in the life of people and become a global hub for higher learning and technology.

Congratulating the state government for recent initiatives in higher education including the launch of Sree Narayana Guru Open University, Khan said “In any aspect of life, knowledge brings courage, understanding, acceptance, unity and also liberates us from the clutches of ignorance”, adding, “the society expects the digital university to provide intellectual support to lap up the new world of opportunities arising through artificial intelligence (AI), Blockchain, Data Analytics and other digital transformation courses.”

“There should not be a digital divide in society. The government is involved in the efforts of attaining digital excellence in various fields. We need to foster technically-talented people in accordance with the changes in the new world,” Vijayan added.

The digital university has been set up by upgrading the two-decade-old Indian Institute of Information Technology and Management Kerala (IIITM-K), a centre of excellence in information technologies established by the Kerala government.