Law graduates are now entering into jobs, which were unknown in the last decades 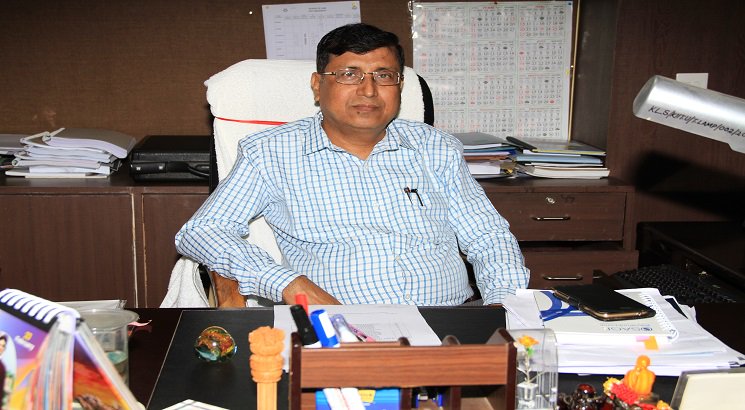 Q: What has been the effect of legal education in India on the socio-economic scenario in the last decade?

A: The present legal education in India has been characterized as the ‘third generation’ of Indian law education, which started with the establishment of National Law School of Indian University, Bangalore in 1988-89. The growth of National Law Universities in the last decade has doubled from the previous decades. More than 40,000 students appeared in last year’s CLAT. It seems that the popularity of law as a career option is increasing. Law graduates are now entering into various jobs, which were unknown in the last decades.

Q: Is online legal education a good option in India?

Material developed through online courses is not standardized and needs to improve. Therefore, all authorities imparting legal education should give attention to developing online U.G. courses so that constitutional obligation of social justice is reached to ‘We the People of India’.

Q: How globalized is the Indian legal market?

A: The globalization process had already started in the Indian legal market through Legal Process Outsourcing (LPO) almost a decade ago. The jobs in the LPO market are increasing in India due to the availability of young talent with minimum cost. This LPO business is developed significantly in Delhi, Bangalore, Hyderabad and Pune. Moreover, International Commercial Arbitration is gradually being adopted by various corporations and traders in India, especially in New Delhi and Mumbai. However, India is yet to adopt UNCITRAL (United Nations Commission on International Trade Law) model in International Commercial Arbitration.

Q: Where do you see the institute in the next five years?

A: Within the next five years, our objectives of legal education will embody the values of consistency with the established legal principles, fair process in the administration of law, equality for all and to promote human dignity. Our future plans and outcomes are based on the Singapore Declaration (2013) which aims towards global standards of legal education as adopted by Global Law Deans Forum of the International Association of Law Schools.

Our plan will be focused on the teaching-learning process in such a manner that our graduates will have substantial knowledge of core areas. Our graduates will be skilled in researching and critically analyzing legal materials and effectively communicating in a legal context. Moreover, our graduates should understand the fundamental principles of justice and rule of law. We are preparing our scholars for a domestic and international process, which will be objectively transparent and consistently applied to face the challenges of the principles of evaluation of legal education as declared in the Madrid Protocol (2014).