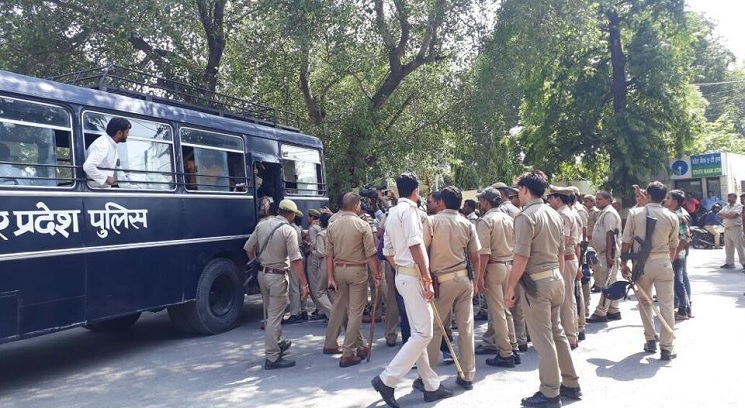 NEW DELHI, JULY 5: Lucknow University has been closed sine die after the Vice-Chancellor and over a dozen faculty members were attacked by unknown miscreants inside the university premises. Proctor Vinod Singh and Chief Provost Sangita Rani were among the teachers injured in the attack.

Following the attack over its officials, the University has cancelled the PG counselling scheduled for July 5 until further orders. Police has arrested three people from the varsity campus for allegedly attacking the university staff.

The University has been witnessing protests ever since it denied admission to around 20 students belonging to Samajwadi Chatra Sabha, All India Students’ Association (AISA) and Students Federation of India (SFI) in the PG courses. As per the affected students, they were denied admissions because they were involved in staging a protest against UP CM Yogi Adityanath last year.

On the other hand, Vive Chancellor Dr S P Singh has claimed that the miscreants who attacked faculty members were outsiders. Speaking to media, Dr Singh said, “All the students who are protesting do not belong to our university. Also, none of our students had anything to do with what happened today. This has been happening for the past three days. It has happened because of the carelessness of the district administration.”

The VC further added that the university has been closed for now until actions are taken against those, who attacked the faculty members.

The University administration has openly blamed the local administration for the unrest and attack on its faculty members. A tweet from the official handle of the University in which CM and Deputy CM were also tagged read, “Lucknow University teachers attacked inside the campus brutally by anti social elements & outsiders. Proctor & his team, DSW, Dean CDC injured. Police uncooperative. Teachers stop counselling. University closed till further notice.”