The Tamil Nadu CM appreciated the initiative of the Madras University to introduce the elective subjects of social justice and Tirukkural for UG students. 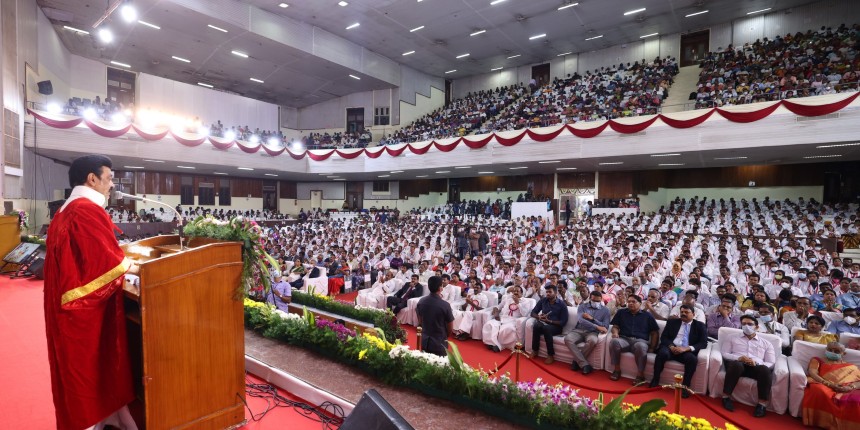 Chennai: The Tamil Nadu government is working to ensure that there is no youth who does not get a job and at the same time no industry which says there are no employable candidates, Chief Minister M K Stalin said here on Monday. In order to ensure such an environment, the government has devised several schemes, and universities across the state should also come up with similar initiatives, he said while addressing the 164th convocation of the Madras University.

The government's initiatives are aimed at ushering in a 'golden age in my regime' for the higher education sector, he said and thanked Governor R N Ravi for 'helping' in such efforts. In his address, Ravi wanted the flag of Tamil to fly all over the country and said the language has to be taken outside the geographical boundaries of the state.

The Tamil Nadu government should continue its efforts for the spread of the language wide and deep in the state, he said. Referring to the industries in several sectors stating that though there are enough job opportunities there are not matching numbers of employable youngsters, Stalin said the government has the duty to empower young people with requisite skills.

"The Tamil Nadu government is doing that duty and we think that we should emerge victorious...there should no youth who does not get a job and at the same time no industry which says that there are no employable candidates and the government is working to ensure that by formulating several schemes," he said.

Pointing to the 'Naan Mudhalvan' scheme, which could be roughly translated as 'I am the first', an initiative to empower young people, Stalin listed other programmes like the Moovalur Ramamirtham Ammaiyar Higher Education Assurance Scheme to promote girls' education.

The Chief Minister appreciated the initiative of the Madras university to introduce the elective subjects of social justice and Tirukkural (on the ideals underscored by Tamil classic Tirukkural in connection with work) from the 2022-23 academic year for undergraduate students.

On March 1, Stalin launched the 'Naan Mudhalvan' scheme for school and college students and youngsters. It is a comprehensive guidance and facilitation scheme to pave way for employment opportunities. It includes skill development, identifying individual talent and nurturing it, training sessions on coding and robotics, mentoring, personality development, facilitation to learn foreign language, integrating coaching initiatives for various job opportunities and professional guidance.

Under the Higher Education Assurance Scheme announced in the 2022-23 Budget, all girl students who studied from Classes 6 to 12 in state-run schools would be paid Rs 1,000 per month. It would be remitted directly into their bank accounts till the uninterrupted completion of their undergraduate degree, diploma and ITI courses.

Addressing the gathering, Governor Ravi said Prime Minister Narendra Modi has taken several initiatives for promotion of Tamil language, including setting up a Tamil Chair in the name of Mahakavi Subramania Bharathiar at the renowned Benaras Hindu University.

"Recently, (the) Prime Minister in his speech at the Conference of Chief Justice of High Courts and Chief Ministers of the State emphasised the need for promoting the state languages as the languages of High Courts," he said and hoped that sooner than later Tamil should be the language of Madras High Court.

Ravi urged the young scholars to do research on the status of education, industry and agriculture in peninsular India during pre-colonial days. It would help to restore our glorious past and instill a sense of pride among our youth to move on with confidence into the future, he added. Higher Education Minister and Pro-Chancellor of the varsity K Ponmudy, Vice-Chancellor Prof S Gowri and Chennai Mayor R Priya participated. 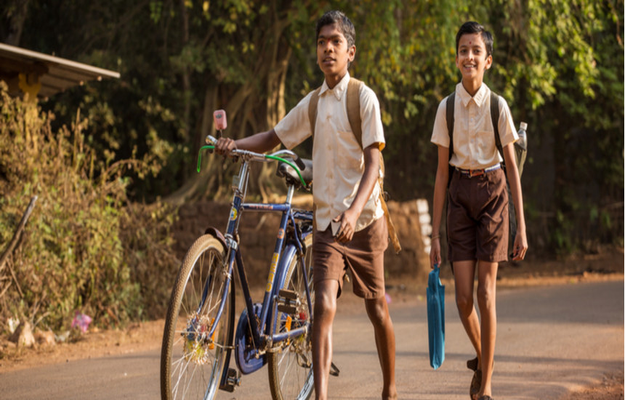