Maharashtra: Hundreds protest against Islamic scholar's arrest in UP, eviction drive in Assam 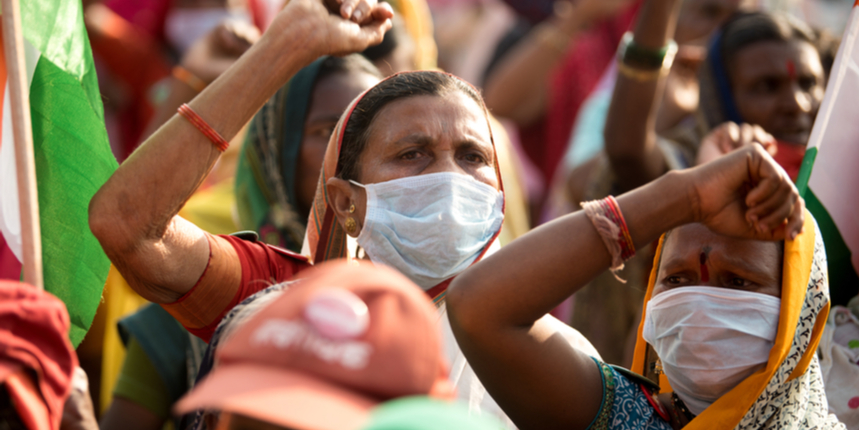 THANE: Hundreds of people, led by a Muslim organisation, held a protest at Mumbra in Maharashtra's Thane against the BJP governments in Uttar Pradesh and Assam over the arrest of an Islamic scholar and the eviction drive in those states respectively.

The Ulama Committee Mumbra-Kausa held the protest on Friday against the arrest of Maulana in UP and the eviction drive in Assam, terming both these actions as "illegal".

A large number of women were also took part in the protest carrying placards, banners and shouting slogans. After the agitation, the protesters submitted a memorandum to senior inspector of Mumbra police station, Madhukar Kad, over their demands.

Earlier, a group of students in Aligarh Muslim University held a march in the campus on Friday to protest against the arrest of Siddiqui for allegedly running a conversion syndicate.

The protesters in Aligarh handed over a memorandum addressed to the president to a senior official of AMU. In the memorandum, they said the arrest of some Muslim clerics over alleged unlawful religious conversions and the "harassment and eviction of Muslims in Assam on the citizenship issue were creating an atmosphere of fear and insecurity in the minds of Muslims".

The ATS has so far arrested 11 people, including Siddiqui, in connection with a religious conversion racket case. Those arrested were booked under relevant sections of the Uttar Pradesh Prohibition of Unlawful Conversion of Religion Act, 2020 and the Indian Penal Code, the officials said.