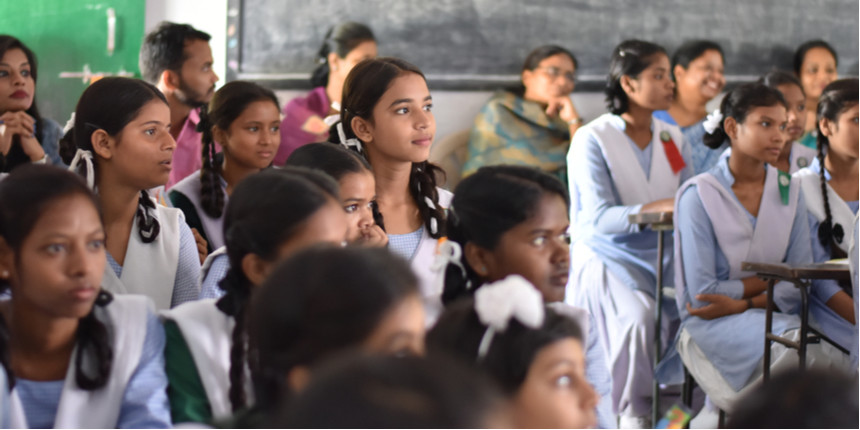 NEW DELHI: With major cities witnessing a rise in COVID-19 cases, the Ministry of Home Affairs (MHA) has come up with guidelines for surveillance, containment and caution under which it has left states to decide on limiting the number of persons in closed spaces, including educational institutions.

The MHA has permitted all activities outside containment zones, except those in closed spaces, which have been permitted with certain restrictions. As per the MHA guidelines, educational gatherings, with up to a maximum of 50 percent of the hall capacity, with a ceiling of 200 persons in closed spaces has been allowed.

“However, based on their assessment of the situation, State/ UT Governments may reduce the ceiling to 100 persons or less, in closed spaces,” it reads.

Earlier, in October while issuing Unlock 5 guidelines, MHA allowed schools and colleges to open after October 15, where it stated that educational institutions can be opened after October 15 in a graded manner.

MHA had left it to states and Union Territories to take a call on reopening of schools and coaching centres post-October 15 in a graded manner. The MHA guidelines say: “For re-opening of schools and coaching institutions state and UTs have been given the flexibility to take a decision after 15th October 2020 in a graded manner. The decision shall be taken in consultation with the respective school/ institution management, based on their assessment of the situation.”

The guidelines have also stated that online and distance learning shall continue to be the prefaced mode of teaching and shall be encouraged.

On November 5, the University Grants Commission (UGC) issued guidelines related to reopening of colleges and universities. As per the guidelines, educational institutions located outside the containment zones may be opened in phases after consultations with states and Union Territories.