NEET UG 2021: Tamil Nadu health minister said that "the very issue is about conducting NEET and not about the examination centres. We had said that NEET saw the suicides of 13 students (in Tamil Nadu)." 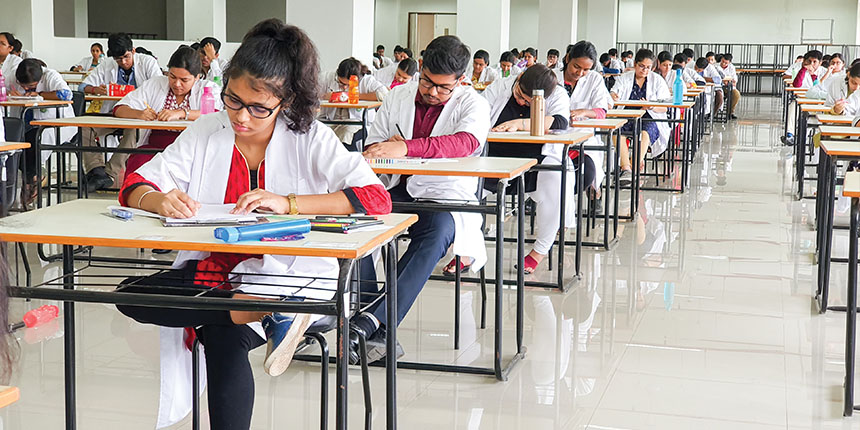 During his visit to the national capital, Subramanian called on Union Education Minister Dharmendra Pradhan and discussed with him several issues pertaining to Tamil Nadu, including the scrapping of NEET. "During the discussion, we explained about the recommendation of the retired judge A K Rajan committee while putting forth our demands. The union minister assured to examine the demands," Subramanian later told reporters.

The ruling DMK in Tamil Nadu last month constituted the panel, headed by retired high court judge AK Rajan, to analyse if NEET had an adverse impact on students from backward classes and if so, the committee would recommend remedial measures to the government. It had submitted its report on Wednesday, with Justice Rajan saying majority of representations don't want NEET.

Explaining to Subrmanian about the background of the Supreme Court's directions on conducting NEET, Pradhan told him that for the convenience of Tamil Nadu students, four new cities--Chengalpattu, Virudhunagar, Dindigul and Tiruppur have been added for conducting NEET.

"Also, shared with him that to cater to regional aspirations, number of languages being offered this year have been increased to 13 from 11 with the addition of Malayalam and Punjabi. The exam is already being conducted in Tamil language," Pradhan tweeted after the meeting.

Subramanian, referring to Pradhan's explanation, said "the very issue is about conducting NEET and also the syllabus and not about the examination centres. We had said that NEET saw the suicides of 13 students (in TN)". Pradhan had understood Tamil Nadu's concerns as his own state Odisha encountered problems due to NEET, Subramanian added.

Tamil Nadu was in favour of cancelling NEET and all national level entrance exams as conducting such tests during the pandemic was detrimental to the health and well-being of the students. "Tamil Nadu government may be allowed to fill all professional seats including MBBSDS\AYUSH courses on the basis of class XII marks alone," a memorandum submitted to Pradhan by Subramanian said.

It further stated it has been the "consistent and considered opinion" of Tamil Nadu that class XII marks alone be the basis for higher education admission and "conducting NEET deprives opportunities for rural students, majority of whom study in their mother tongue and lack resources\access to coaching institutions."

Abolition of NEET is an election promise of the M K Stalin-led DMK which won the April 6 Assembly polls in the state. Subramanian, who later called on Union Health minister Mansukh Mandaviya, said he had demanded 12 crore doses of covid vaccine to cover about six crore beneficiaries in Tamil Nadu. The state had so far obtained about 1.70 crore covid vaccines.

"We told the union minister that we require 12 crore doses of the vaccines to provide two doses to six crore people. He has assured to fulfill the state's requirement," Subramanian said. During the meeting, he presented 13 demands to the union health minister, including establishing a new AIIMS at Coimbatore besides expediting the Madurai AIIMS project.

The Union Minister had told him that he would look into the matter. Also, he responded positively to the state's request for drugs to treat Black Fungus and assured to release Rs 800 crore to help the state government to launch appropriate measures to prevent the third Coronavirus wave. 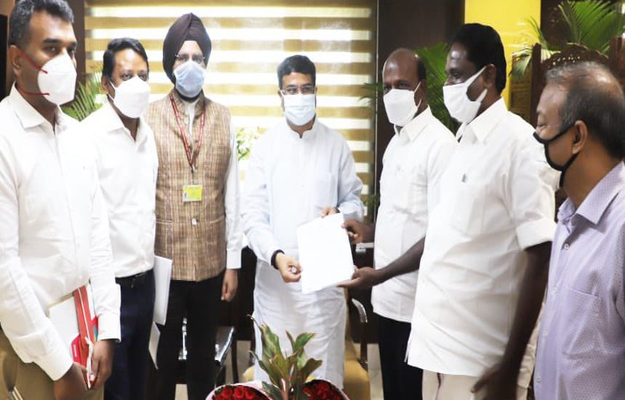