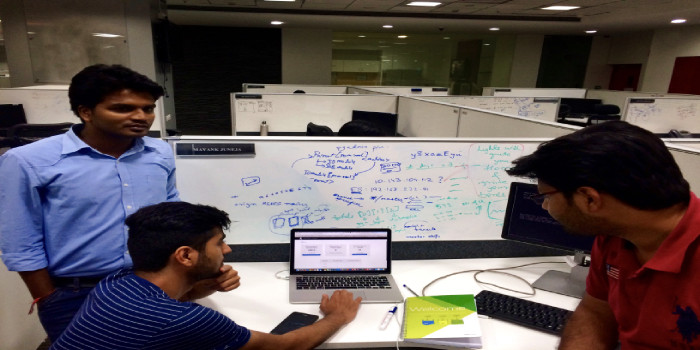 NEW DELHI, JANUARY 10: The Committee formulated to draft the New Education Policy, has not recommended making any language ‘compulsory’, in its report submitted to the Government. The Minister of Human Resource Development, Prakash Javadekar has termed the reports doing rounds in media as ‘mischievous and misleading’.

It was reported that the nine-member K Kasturirangan Committee has submitted its Draft Policy to the MHRD, which aims to implement an ‘India-centric’ and ‘scientific’ system of learning in schools.

As per the reports, the Committee has recommended to strictly adhere to the three-language formula with Hindi mandatory till Class 8 across the country.

Prakash Javadekar took to Twitter to issue the clarification, he wrote, “The Committee on New Education Policy in its draft report has not recommended making any language compulsory. This clarification is necessitated in the wake of mischievous and misleading report in a section of the media.” 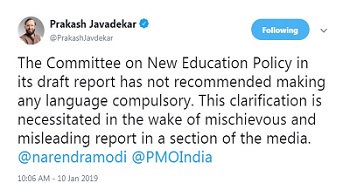 In June 2017, the nine-member K Kasturirangan Committee, headed by the former ISRO chief was assigned the task of drafting the NEP. Earlier, with Smriti Irani as the then HRD Minister initiated the process to formulate a New Education Policy, which submitted its report in May 2016, and thereafter, the Ministry prepared ‘Some Inputs for the Draft National Education Policy, 2016’.