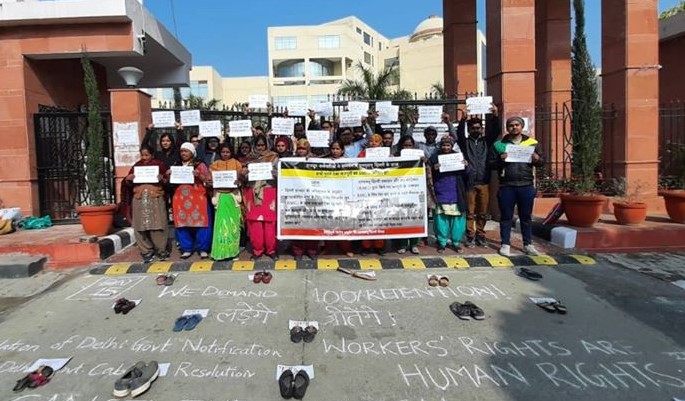 NEW DELHI: A section of students of National Law University, Delhi, will hold an "all night protest" starting from February 10. For the past 38 days, they have been protesting against the "illegal termination of safai karamcharis" by the university administration. Safai Karamcharis are cleaners and according to a student, 55 of them lost their jobs at the university when a new contract was signed for housekeeping services with another contractor. Students have been asked to gather from 9 pm till 1 am.

The workers demand - which the students endorse - the cancellation of the new contract and retention of 100 percent of the employees. According to the statement, the workers have been going to protest at the university almost daily.

Correction: The hours of the protest have been added to the copy. The original version went by the title of the statement shared by students which was: "Call for All Night Protest".